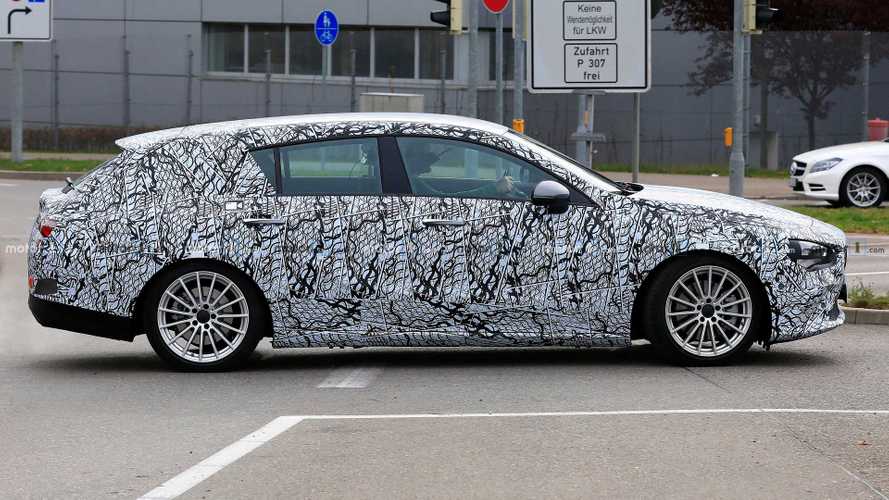 If you're after a practical compact Mercedes but the B-Class is not your cup of tea, this is a more exciting alternative.

It was only yesterday when our spies sent us a batch of spy shots with the next-generation Mercedes CLA and now its long-roof counterpart has been spotted as well. It’s not a secret that we’re big fans of wagons, and even though the Shooting Brake sacrifices some of the practicality for the sake of style, it’s still among our favorites.

Caught up close and personal roaming the streets of Germany, the heavily disguised prototype appears to have the full production body. As we noticed at the end of last month on a different test vehicle, the second-gen CLA Shooting Brake will retain the swoopy wagon silhouette, but it will have a visibly larger tailgate incorporating some of the taillights.

The familiar shape might trick you into believing the design will be more of the same, but you’ll be in for a surprise once the disguise is going to come off. Having seen the A-Class in both hatchback and sedan configurations, we’re expecting the fresh look of Mercedes’ compact cars to have a direct correspondent in the CLA / CLA Shooting Brake as well.

There’s a perfectly good reason why the three-pointed star didn’t even bother to mask the dashboard since most of it will be carried over from the A-Class and B-Class models. One can assume there are going to be some changes here and there to make the CLA a bit fancier, but nothing to write home about.

Have you seen the previous spy shots?

Bigger and roomier than the model it will replace, the next not-really-a-shooting-brake CLA Shooting Brake will carry over the engines, gearboxes, and the technology from Mercedes’ new lineup of compact cars. Speaking of which, the family is set to grow soon with the addition of a first-ever GLB – caught yesterday sending out a GLK vibe thanks to its boxy body.

We are likely a few months away from the world unveiling of the wagon since logic tells us the CLA will be out first and after that its long-roof sibling will grace us with its presence.