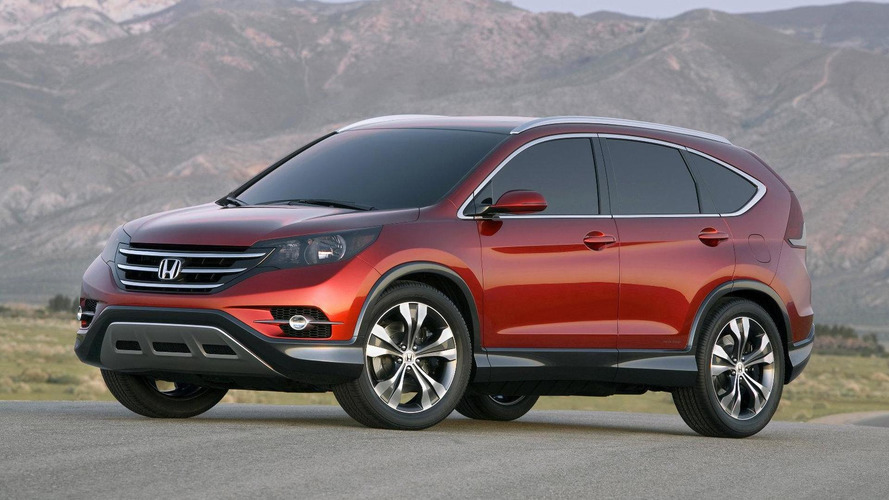 2012 Honda CR-V previewed with this concept and the 2012 Pilot is due in dealerships in September.

Honda has released these two images of the upcoming 2012 Pilot and the 2012 CR-V Concept.

The 3-bench, up to 8-seater Pilot gets a new front fascia that's a little more subtle-looking than the current model. The 2012 Honda Pilot is due in dealer showrooms in the United States in September.

The CR-V Concept is meant to preview the upcoming 2012 CR-V compact SUV and bears pretty much the same shape as these prototypes spied here. It likely closely resembles the production model which will launch sometime near the end of the year.

[UPDATE] High-res photo and press release added. The New CR-V Concept will be on first public display at the Orange County International Auto Show in Anaheim, California, in September 2011.

Gallery: Honda releases photos of the 2012 Pilot and the 2012 CR-V Concept