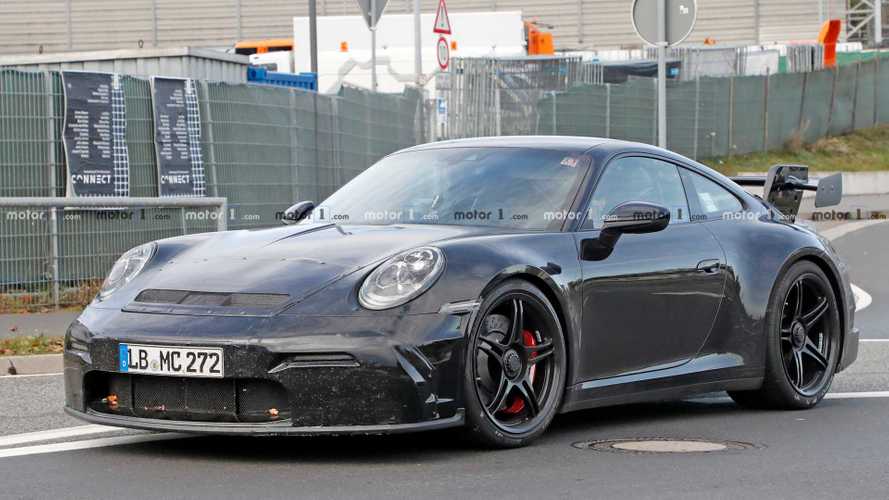 Testing for the high-strung supercar is in full swing, but a reveal could still be nearly a year away.

When it comes to keeping automotive secrets, Porsche isn’t really like other car companies. Yes, the brand has its secrets, but decking out a new Porsche 911 in swirling camo wrap is a moot point when the shape is so recognizable. That’s not to say there aren’t some secrets with this next-generation 911, which appears to be the 2020 GT3. But the devil is in the details, and despite everything we can see, clever black tape hides minor styling changes that make a big difference in this much-loved 911 model.

We’ve seen the GT3 out and about a lot in the last couple months, so Porsche is clearly moving full speed ahead – literally and figurately – on getting the car dialed in. It will wear a unique front bumper of course, though much of the changes are still well-hidden behind the black tape. It’s much the same story at the back, though these photos do give us a close-enough look to get an idea of the rear fascia’s overall design. Some things aren’t production spec back there, either, like that gnarly wing or the high-mount brake light.

One thing the photos can’t convey is the engine hiding beneath that crazy wing. We’ve heard from multiple source that the GT3 will in fact remain naturally aspirated, and recent spy video seems to confirm that. The word right now is that the 4.0-liter six will return for the next GT3, tweaked to possibly make 550 horsepower (410 kilowatts) without any assistance from turbochargers. We hope that’s true – not because we’re anti-boost, but because it will continue a 911 tradition and it’s not like Porsche buyers won’t already have a plethora of turbocharged models to choose from.

We are officially less than a month before Porsche unveils the new 992 generation of the 911 in Los Angeles. The LA Auto Show kicks off at the very end of November, but the hardcore GT3 isn’t expected to be revealed until later in 2019 as a 2020 model.