Is Subaru Hot Hatch Rally Car Rumor Too Good To Be True? 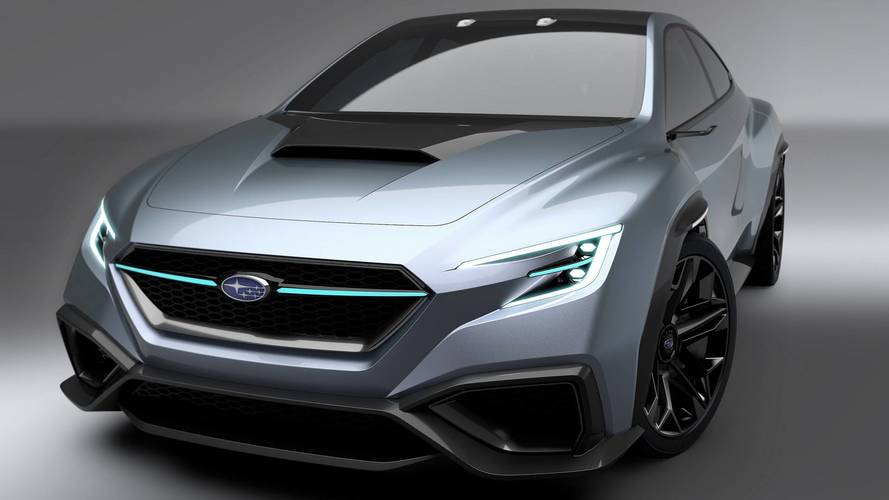 The Subie hot hatch would allegedly be the company's machine for a return to the World Rally Championship.

We have to take this with a gargantuan grain of salt, but a rumor from Japan indicates that Subaru might have a hot hatch (Viziv Performance Concept, pictured above) on the way. As if that's not exciting enough, the pint-sized performance model would also allegedly be the basis for the company's re-entry into the World Rally Championship. The brand hasn't competed in the WRC since the 2018 season.

The report from Japanese website Response claims the hot hatch would fit into Europe's B segment putting the model in the same class as vehicles like the Ford Fiesta and Volkswagen Polo. The reason for launching the performance-oriented model allegedly comes from a desire to have a bigger impact in the European market.

Response claims the hot hatch could be ready to compete in the WRC for the 2020 season, although this seems highly unlikely. Subaru doesn't currently have a compact car, and new vehicle development usually takes at least four years. Unless Subie is expertly keeping this little machine under wraps and out of the prying eyes of spy photographers, it doesn't seem probable the automaker could have the performance model ready so quickly.

We reached out to our partners at Autosport.com to find out if they knew about a possible return to rallying for Subaru. "[Toyota boss] Akio Toyoda is pushing them very hard to join the series to race against Toyota," Autosport rally editor David Evans said. He hadn't heard anything confirming Subie was actually planning to enter the WRC, though.

Sketchy rumors also indicate that Subaru is developing a mid-engined sports car that seems to be a separate vehicle than this hot hatch. The vehicle is allegedly a plug-in hybrid with a turbocharged boxer engine and electric motors powering the front axle. There's nothing confirming this model's development, either.