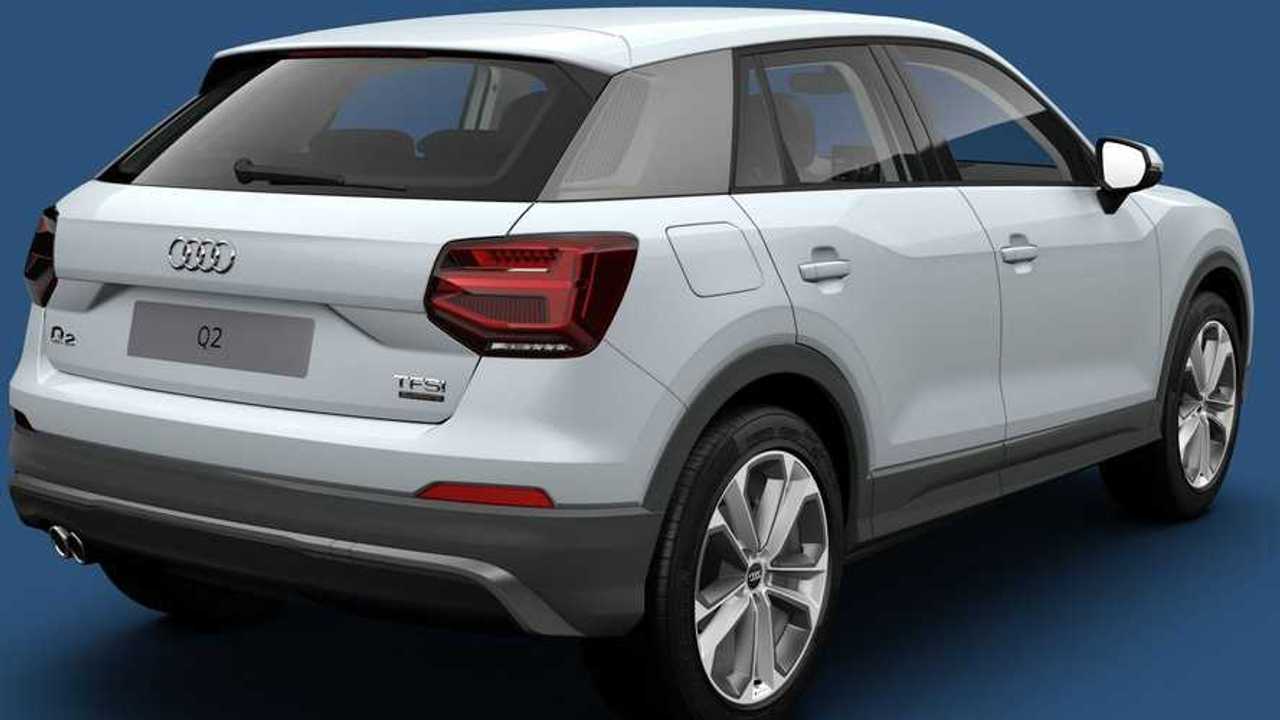 Q2 baby crossover is the first to get it, but the R8 supercar can also feature the special paint.

Being a premium automaker, it makes sense that Audi is offering a ton of customization options for virtually all of its models. Be it the entry-level A1 or the flagship A8, customers have numerous ways to personalize their future cars to match their varied tastes and preferences. Those wanting to stand out will be happy to hear the Four Rings are kicking things up a notch in terms of individualized finishes by introducing the partial matting paint process.

The Ingolstadt-based marque proudly mentions it’s the first automaker in the industry to offer this patented fancy finish on a series production model with the Q2 #2 special edition. You can easily observe the baby crossover’s newly styled sideblade, and it’s also available for the “Audi Sport” lettering on the R8’s carbon fiber sideblade.

Speaking of the R8, the naturally aspirated V10 machine was actually the first Audi to feature partial matting, with the launch of the limited-run selection 24h edition (pictured below) back in the summer of 2016. For the latest version of the supercar, the special finish can be had through the Audi exclusive program, so it’s going to cost you a pretty penny. It will take the company only about a minute to apply the finish since the process has been automatized compared to the R8 from two years ago for which the partial matting was mostly done by hand.

Have you seen the latest updates to the Q2 and R8 lineups?

Audi R8 Refreshed With Sharper Look And Up To 612 HP

Partial matting is achieved by sticking a template of thin plastic film onto the body panel and then a bespoke system sprays that body component under vacuum with a fine powder of crushed glass. According to Audi, this process effectively shaves off a few thousandths of a millimeter from the top layer of the clear lacquer while making it slightly rougher.

The Q2 #2 special edition has been available in its domestic market since mid-October and other countries will be getting the pint-sized crossover with the special paint in the months to come.

Audi customers will be able to drive even more individualized cars in the future – thanks to partial matting. With the #2 special edition of the Audi Q2, the brand is now using this innovative painting process for the first time in volume production. A fine beam minimally roughens the top layer of paint and creates a matt image. In this way, lettering, logos or photos can be displayed on the painted sheet metal with pixel accuracy and abrasion resistance. Audi is the first automobile manufacturer to offer its customers this kind of individualization.

Partial matting was developed by a team in the Technology Development division at Audi’s Ingolstadt site. The technology is meanwhile patented. In the first step, an employee sticks a template made of thin plastic film onto the painted component – in this case a sideblade of the Audi Q2. A specially developed system sprays the component under vacuum – similar to sand blasting – with a fine powder of crushed glass. This removes a few thousandths of a millimeter from the top layer of clear lacquer and at the same time roughens it slightly. This difference in surface structure allows the motif to stand out clearly after the template is removed. The #2 special edition of the Audi Q2 features a large pattern of crosses. Customers in Germany have been able to order this special edition since mid-October and other markets will follow successively.

Each painted surface in the interior or exterior of the car can be individualized in this way. “With this process, we have gained a great advantage over our competitors,” says Dr. Erhard Brandl, Head of Sheet Metal/Painting Technology Development. With partial matting, every micrometer counts: The spray force must not be too high, otherwise the underlying layer of paint would be damaged. “Now, for the first time, we have succeeded in combining this extreme precision with the robustness of volume production,” explains Marco Karig, project manager at Audi Planung GmbH.

As early as the summer of 2016, Audi put the first cars with partial matting onto the road – in a very small number of only 24: The “selection 24h” edition of the Audi R8 Coupe V10 plus, a tribute to the motorsport successes of the Audi R8 LMS racing car, attracted attention with its matted “R8” lettering on the CFRP sideblades. The partial matting was mostly done by hand at that time. Since then, the five-man team has improved, automated and greatly accelerated the process: Matting a sideblade for the Audi Q2 now only takes about a minute. The employees in the Ingolstadt paint shop can also effortlessly process larger components: With the “TT 20 Years” special model on the 20th anniversary of the TT series for example, the Audi rings on the side skirts are partially matted.

The employees using the newly installed equipment do not have to work according to the timing dictated by the assembly line. It allows them to work flexible hours, thus helping the company to meet the challenges of demographic change. The process has also developed significantly from an ecological point of view. Thanks to ingenious vacuum technology, the fine abrasive matter is immediately sucked in and reused.

This form of individualization is available for the Audi R8 in the “Audi exclusive” program. Customers have a choice there of the motif to be matted.