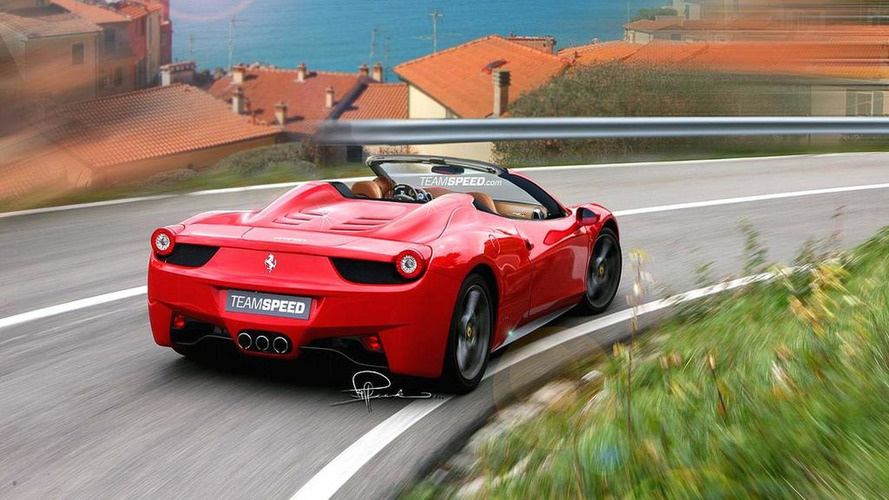 458 Italia Spider will be unveiled later this year with production and deliveries slated to start early in 2012.

More details on the upcoming Ferrari 458 Italia Spider have been reported by our colleagues over at TeamSpeed.com.

The most recent report confirms that the 458 Italia Spider will, indeed, be getting a folding hard-top roof and will, for the first time in over a decade, feature a two-seat Ferrari Spider without a transparent engine cover. Power remains the same as in the 458 Italia coupe.

A source told Teamspeed that Ferrari conducted a showing of the 458 Spider to select group at its headquarters in Maranello last week which included two exemplars - one done in Rosso/Tan and another in Nero/Tan.

According to the report, the official unveiling will happen this fall with production commencing in the new year. European deliveries on the continent will begin in the first quarter of 2012 while UK delivers start later on in the third quarter. Shipments of the car to the United States will come after that.

No pricing details available yet.

Our gratitude goes out to TeamSpeed and their member Wild-Speed for these renderings.