This Adorable And Ultra-Rare Honda S800 Racing Could Be Yours 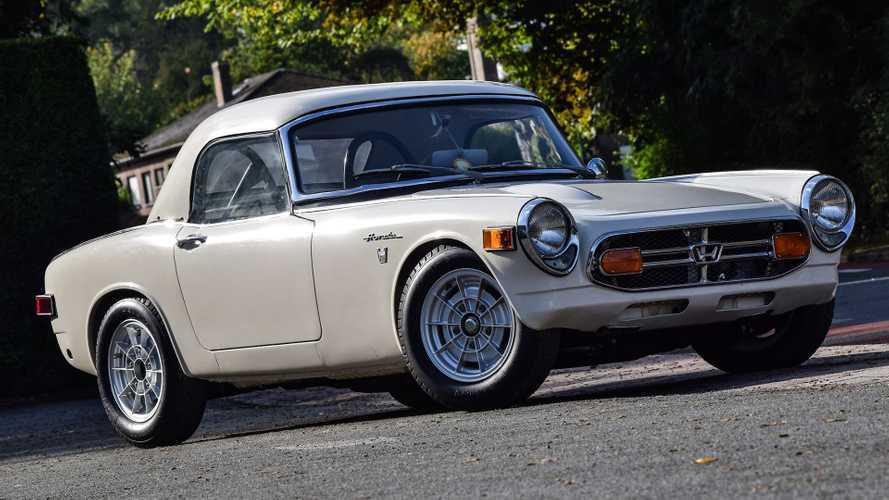 When you hear about a rare car heading to auction images of Ferraris and Lamborghinis likely dance in your head. Rarely, if ever, does your mind conjure up a picture of a Honda, but it should. This Sunday, November 4, an ultra-rare Honda S800 Racing will roll across the auction block. It’s one of two ever built, and it has an estimated value of €75,000 ($85,462 at current exchange rates) to €95,000 ($108,252). Who would have thought a spritely four-cylinder Honda would one day have such enormous value.

Other cars that could be yours:

Funky Cadillac Die Valkyrie Could Be Yours For Less Than $400K

The two Honda S800 Racing models came from Honda France in 1967, according to Silodrome. The car debuted at the Paris Motor Show. Based on the Honda S800, the S800 Racing took the four-cylinder engine, which featured an advanced dual-overhead cam and an 8,500-rpm redline, and bumped power 20 horsepower to 90. Honda debuted the S800 in 1965. By the time the S800 Racing appeared, Honda had added a shaft drive and a live rear axle. A “five-speed all-synchromesh dogleg gearbox” fed power to the limited slip differential.

Honda France sold the S800 Racing seen here to Alfred Bullman in 1969 who regularly campaigned the car. The car switched owners over the years with the current owner listing the vehicle in nearly original condition. In addition to the car, the new owner will also get a complete competition engine for the vehicle.

There are hundreds of hidden gems in the automotive community like the Honda S800 Racing. Often, American cars, exotic sports cars, and European luxury brands get most of the attention when it comes to the classics. But other automakers developed quirky, sporty, and unique models, too, that often don’t get the recognition they deserve because it lacks a gas-guzzling V8 engine or a Prancing Horse on the hood.

The Honda S800 Racing will head to auction Sunday, November 4 through Artcurial.