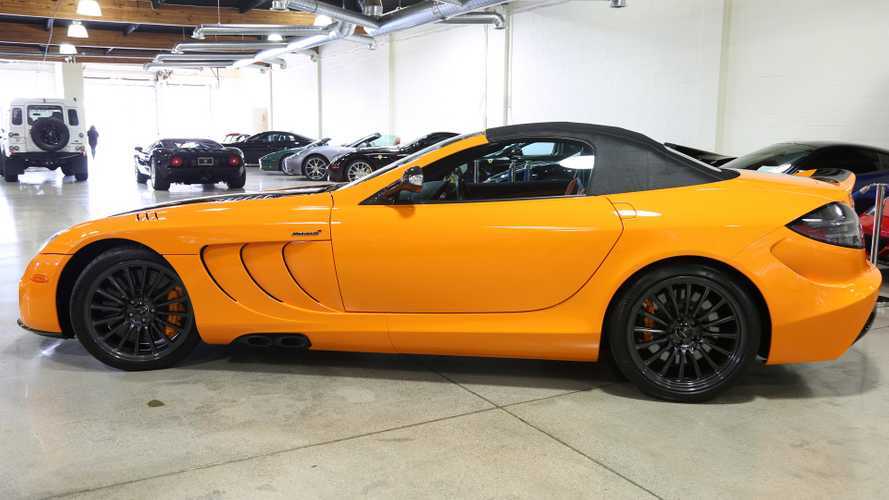 This is what happens when German engineering meets British perfectionism.

The Mercedes-Benz Sport Leicht Rennsport McLaren was arguably one of the greatest supercar creations of the previous decade. It was built in cooperation between the German automaker and the then freshly established McLaren automaker. The vehicle was produced for approximately seven years and was offered in coupe, roadster, and a limited edition speedster variant.

As if it was not exclusive enough already, in 2006, the two companies launched a special 722 Edition with a more powerful engine, 19-inch alloy wheels, and tuned suspension. A year later, the Roadster variant of that car was unveiled and in December of 2010, about a year after the production of the SLR was discontinued, McLaren Special Operations introduced the SLR McLaren Edition which was offered for only 25 cars. Of these examples, just six were open-top models.

Recently listed for sale is a one-of-one example of that super limited series, which benefits from a number of mechanical and cosmetic upgrades over the other five units. These include a one-off, two-tone McLaren Orange Livery, and black paint job, as well as additional 100 horsepower (75 kilowatts) under the hood thanks to upgraded engine management software and intercoolers, and a McLaren sports exhaust.

The exterior was fitted with several carbon fiber components, such as the front fenders, the deck lid with an adjustable wing, the side-view mirrors, the front spoiler, and the modified rear diffuser. Inside, the most visible changes include reupholstered seats and door panels in diamond-patterned black Alcantara, carbon fiber door sills, and headrests embroidered with McLaren logos.

Naturally, such an exclusive and special vehicle wears a hefty price tag. The only U.S.-spec SLR 722 McLaren Edition Roadster and the only one with such a plethora of upgrades could be yours for no less than $1,050,000.