Funky Cadillac Die Valkyrie Could Be Yours For Less Than $400K 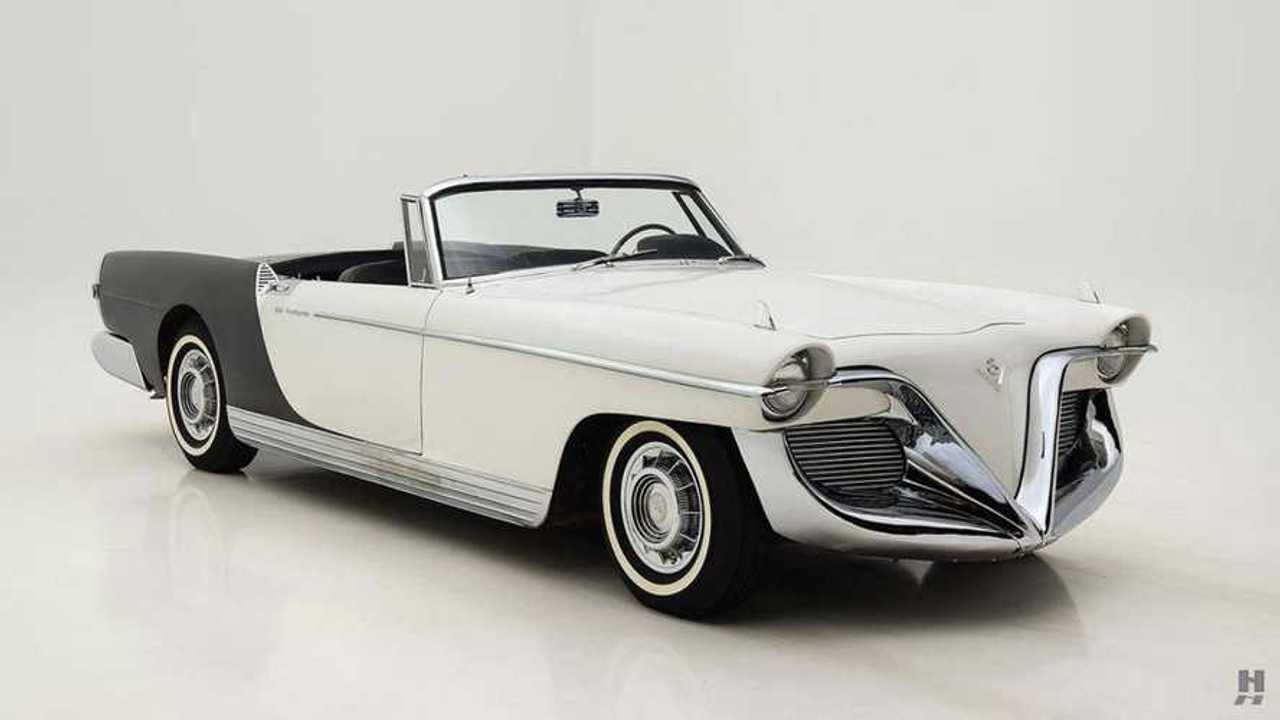 It's just one of two examples of Die Valkyrie in existence, and this one is in original condition, other than a repaint.

Brooks Stevens was one of the most influential American industrial designers of the mid-20th century, including penning the original Jeep Wagoneer and 1949 Harley-Davidson Hydra-Glide. Even geniuses have bad moments, and his styling for the 1955 Cadillac Die Valkyrie concept is mighty polarizing. If owning a luxury convertible with a giant chrome prow is your style, then there's good news because one the two of these odd looking machines is now for sale. You just need to bring a check for $395,000.

Die Valkyrie uses the underpinnings and powertrain from a 1955 Cadillac Series 60 Special, but the body is entirely from Stevens' pen – for better or worse. The most striking element is the massive V-shaped grille. Looks closely to notice that its chrome trim bisects the headlights and runs down the fenders to the door pulls. The one-piece hardtop is removable to allow for the switch between open-air and closed motoring. One interesting design touch is that that the original US Royal Master tires, which this Die Valkyrie still wears, has sidewall styling that carries the details from the turbine-style Cadillac hubcaps.

Coolest Cars For Sale This Week

Hermann Spohn of Ravensburg, Germany, handled the actual construction of the two examples of Die Valkyrie according to Stevens' design. The firm also created coachbuilt bodies for Maybach, Hispano-Suiza, and Mercedes-Benz, so the team there understood how to create a luxury car. Die Valkyrie made its world premiere at the 1954 Paris Auto Salon.

After going on the show circuit, Stevens gave this Die Valkyrie to his wife. When she was done with it, the vehicle went on display at the Brooks Stevens Museum. According to the seller, the car had one repaint in its life. The rest of the machine is original, complete with a few small flaws in the body and a separated seam in the driver's seat leather upholstery.