From the Carrera to the GT2 RS.

Porsche is on the cusp of introducing the next-generation 911 (992), but not before coming out with a video explaining the plethora of derivatives available for the outgoing 991.2. The virtual book does a good job at detailing the differences between all 24 variations of the Nine Eleven, from the entry-level Carrera to the mighty GT2 RS serving as the range-topping model.

As you are about to see, the video goes through only the road-going derivatives of the 911, so it doesn’t include the race cars such as the mid-engined RSR. In other words, the full lineup of road and track-only models is actually even bigger. For the forthcoming 992 generation, the family is expected to grow furthermore with the addition of a plug-in hybrid iteration that will broaden the car’s appeal as it will cater those eager to embrace electrification in the sports car segment.

The first flavors of the 992 will be introduced to the public later this month at the Los Angeles Auto Show. Porsche hasn’t specified which trim levels are going to be unveiled, but logic tells us the Carrera and Carrera S coupes will embark on a trip from Stuttgart to California.

While the 911 is without a shadow of a doubt Porsche’s most important model when it comes to brand recognition, it’s an entirely different story when it comes to sales. In the first nine months of the year, the SUVs were by far the company’s best-selling models, with the Macan being delivered in 68,050 examples while the larger Cayenne generated 49,715 sales. 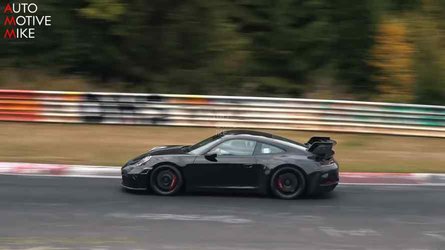 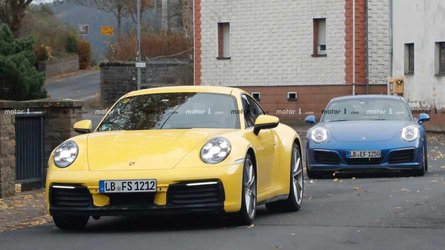 Even though the 991.2 is approaching the end of its life cycle, Porsche is happy to announce sales rose by 19 percent in the January-September interval compared to the same period last year.

Since we’re on the subject of sales, a press release published this week by Porsche reveals the Panamera saw the biggest jump year over year, with deliveries of the four-door sports car increasing by 60 percent. It’s safe to say Panamera customers in Europe are fans of hybrids as more than 60 percent decided to go with an electrified powertrain.