Bonus: the subcompact crossover has also been imagined as a three-door model and in a sporty GTS trim.

After a painstakingly long teaser campaign, Volkswagen’s smallest crossover to date is finally here to fight in a hugely competitive Euro segment featuring the likes of the Renault Captur, Nissan Juke, and Kia Stonic. It didn’t take too long for Kleber Silva to imagine the T-Cross in all sorts of flavors, which although don’t really have a chance of seeing the light of production day, these are still good for a “what if” kind of moment.

Not one, but two pickup trucks have been envisioned based on the T-Cross, with the blue one featuring a slightly larger loading bed compared to the red version. Both have been rendered in the range-topping R Line specification, which means they’ve been fitted with all the bells and whistles VW has to offer in Europe’s B-segment.

Let’s keep in mind the peeps from Wolfsburg are actually working on a smaller pickup truck to slot underneath the Amarok. Teased earlier this week, the MQB A0-based utilitarian vehicle will be previewed by a concept in just a few days at the São Paulo International Motor Show in Brazil. It will use the same platform as the T-Cross, and at least in concept form, it’s going to have a 4Motion all-wheel-drive system.

Another render that makes sense to some extent is the convertible. In February 2016, VW revealed the T-Cross Breeze concept taking the shape of a subcompact crossover convertible. Let’s keep in mind the German automaker is actually coming out with a model featuring this controversial body style, with the larger Golf-sized T-Roc Convertible slated to arrive in 2020 to fight the Range Rover Evoque Cabriolet.

Discover the T-Cross and how it stacks up against rivals: 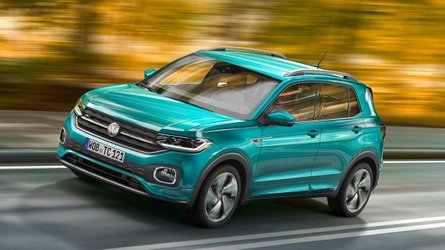 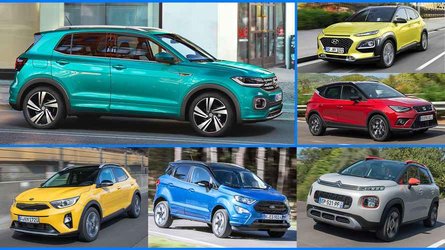 The three-door T-Cross is unlikely to happen since demand for cars without rear doors has been going down in recent years. Several new models out on the market now are being offered only with five doors, including the Polo supermini upon which the T-Cross is largely based.

As for the GTS, it’s a sporty-looking derivative not quite up to GTI levels. The “GTS” suffix is used by the automaker is some parts of the world, such as in the Philippines. As a side note, VW has made it clear it won’t launch a GTI-badged SUV, although there will likely be R versions of the company’s high-riding models.