The 184-horsepower compact is quite quick.

If you’re upset Ford is ending the sale of cars in the U.S., then watch this video at your own risk. Yes, it’s Halloween here, yet the video isn’t scary. It’s more depressing than anything, and that feeling has nothing to do with the video’s actual content. Instead, what’s upsetting is getting such a good look at a solid product U.S. consumers can’t buy. The very idea of Forbidden Fruit in the automotive world is enough to give a hard-core car enthusiast a coronary. There are plenty of vehicles the U.S. fails to receive; however, this will be the first time since the Focus went on sale in the U.S. that Ford doesn’t sell the compact car here. 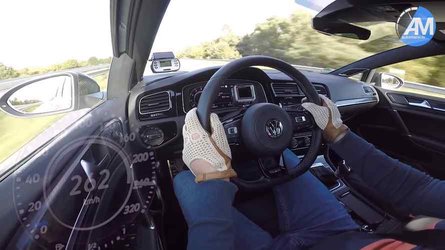 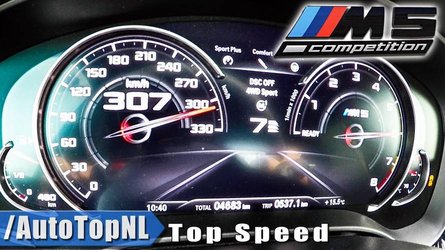 And it’s a shame. The video above gives us a first-person view of the interior as the AutoTopNL YouTube channel completes several top-speed runs in a 2019 Ford Focus ST Line. In the video, the Focus ST Line reaches around 137 miles per hour (222 kilometers per hour), and it does so fairly consistently, with the driver taking the car up to such speeds on several occasions in the video. The Focus ST Line sports a turbocharged 1.5-liter EcoBoost engine producing a modest 184 horsepower and 177 pound-feet of torque. A sprint to 62 mph (100 kph) takes the car 8.3 seconds, according to the video.

The Focus ST Line isn’t fast; however, it likely provides enough performance for most people. It’s a middle ground between the standard Focus and the more potent ST, which looks far sportier than this ST Line Focus. But those nuances don’t matter to the U.S. Ford plans to stop selling cars in the U.S. over the next few years and plans to bring the Focus Active – the raised version of the compact hatch – to the U.S. ended earlier this year when the U.S. government imposed tariffs on Chinese-imported goods.

Until U.S. consumers fall in love again with hatchbacks, we’ll have to admire the svelte and stately Focus from afar.