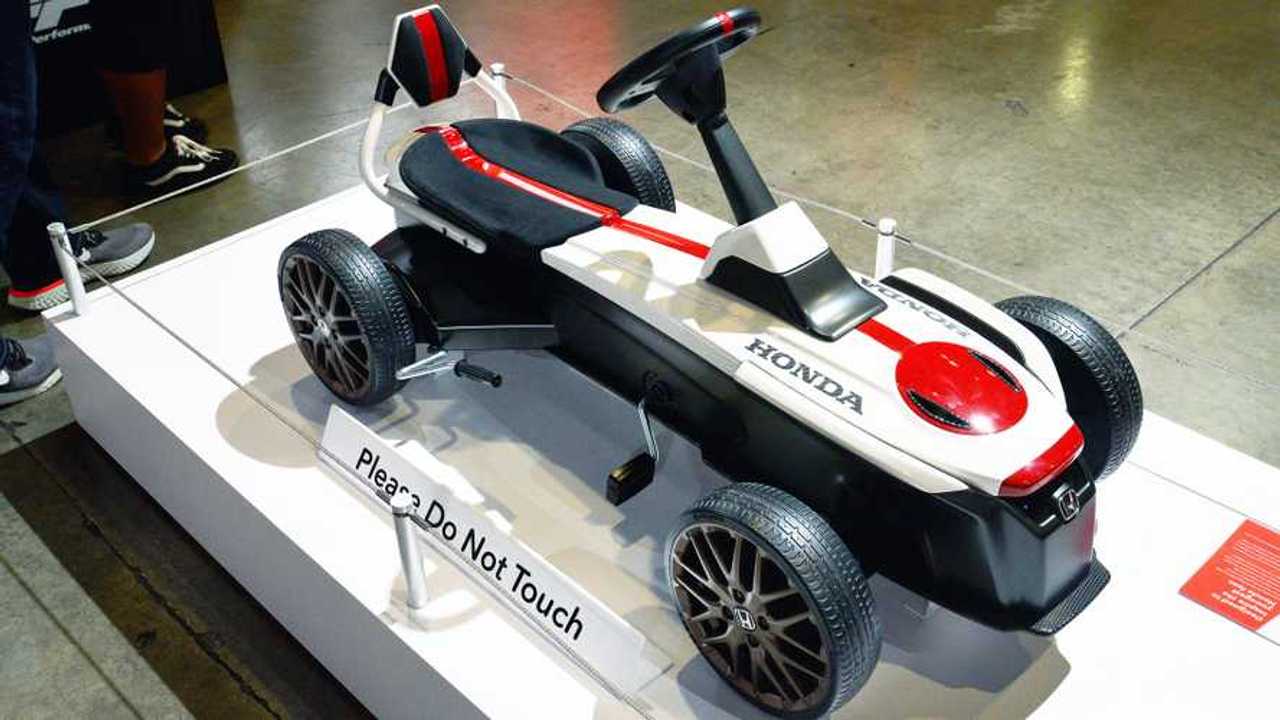 A rechargeable lithium-ion battery powers the lights and can top-up your cell phone.

Honda brought an array of two- and four-wheeled machines to SEMA, but the company made the weird decision to downplay one of coolest things that it put on display. The First Honda Pedal Car is a concept for a little vehicle that goes way further than the Big Wheel from your childhood.

The pedal car takes design inspiration from 2015's Project 2&4 concept (pictured above) for an ultra-simple sports car. Pedal cars aren't known for being heavy, but Honda still keeps weight down by using carbon fiber to make the floor and rear diffuser. Don't worry about riding at dusk, either, because an onboard lithium-ion battery powers the lights, and there's a plug for recharging your cell phone in the compartment under the hood. Honda refers to this area "snack compartment," so you could use it to haul lunch, too.

See what else Honda has at SEMA:

There are no details yet about whether Honda intends to put the carbon fiber pedal car into production, but the little vehicle looks like a ton of fun to ride. Honda doesn't provide details, but the handle on the machine's right side in the image above looks like a handbrake. Imagine getting some speed up on this little thing and doing a long drift around the local neighborhood's cul-de-sac.

Honda's other wild creation at SEMA this year is the Rugged Open Air Vehicle concept. It's a Pilot SUV that the company slices apart to convert into a giant side-by-side off-roader. The company's Pioneer 1000 side-by-side contributes its waterproof interior into the cabin, and occupants sit in Civic Type R seats.