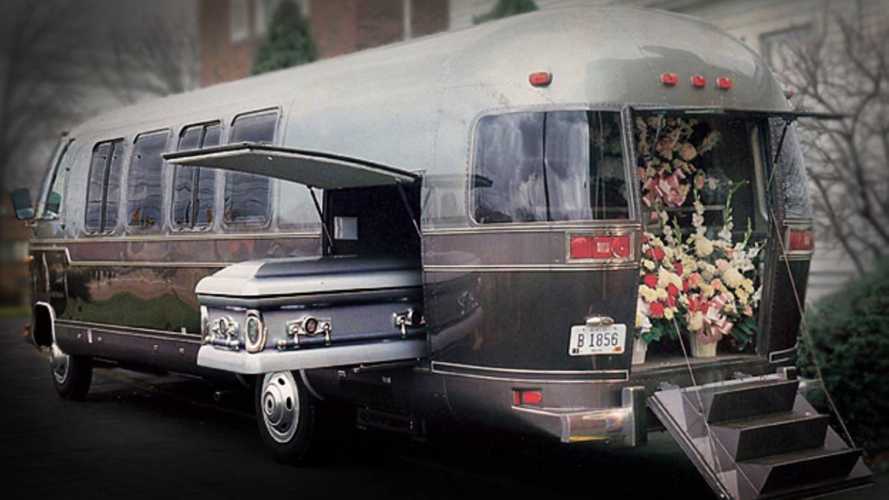 The game feels a bit different when you're in something that actually carried dead people.

It’s October 31, otherwise known as Halloween to many parts of the world. We hope you’re having a grand day of thrills and chills, which for some of you might involve escaping from a vintage Airstream Funeral Coach before a vampire can kill you. Wait, what?

There might be a couple things catching you off-guard there, so we’ll address the big one first. Vampires aren’t real, but a Michigan-based company called Escape Room Studios has a really cool escape adventure scenario where players have to free themselves from an Airstream motorhome before a hungry “vampire” wakes up to kill them. Solve the puzzles quickly and correctly, and you win. Otherwise, prepare for an eternity of blood-soaked moonlight walks and extreme dental care for your pointy teeth. Hypothetically speaking of course.

The other part of this very cool experience is the Airstream itself because it's not a typical motorhome. The Airstream Funeral Coach was designed to carry a large number of family members, lots of flowers, and of course, the dearly departed – coffin and all – from funeral homes to the cemetery. Production spanned 10 years from 1981-1991, but only 32 were ultimately built as they were rather pricey for the day.

Escape Room Studios happened upon a 1982 Airstream Funeral Coach, and having already found success with a standard Airstream repurposed as a mobile amusement station for escape room adventures, incorporating another model with such a creepy real-life connection was a no-brainer. According to the company’s website, the scenario for the Funeral Coach is called Vampire’s Lair and it sounds positively awesome for Halloween. Participants are “drugged” and wake up to find they’re handcuffed and blindfolded in the Airstream. They have 35 minutes to figure out how to escape, which apparently also includes crawling through a glass coffin – in a real funeral vehicle that carried dead people. Where do we sign up?

Should you find yourself in the vicinity of Wixom, Michigan, there’s still time to enjoy this unique adventure with real-life connections to the afterlife. Escape Room Studios says Vampire’s Lair will run through November 4.