It would challenge the many compact crossovers now available, like the Jeep Renegade.

Last year, Volkswagen introduced the T-Roc to Europe, and it recently followed the Golf-sized SUV with the even smaller T-Cross. However, the automaker has allegedly made the somewhat odd decision not to bring either of these vehicles to the United States. Instead, VW will engineer a separate compact crossover specifically for the American market, according to a new rumor from Car and Driver. It won't arrive Stateside until the 2020 calendar year at the earliest.

Get More News On VW's Next SUV: 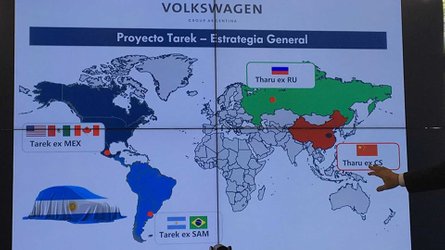 Volkswagen Tarek Announced To Slot Below Tiguan In the US

The new VW would challenge the small crossover market against the likes of the Honda HR-V, Jeep Renegade, Toyota C-HR, and many other little SUVs. Specific details about the new VW vehicle are a complete mystery, and this forces us to make some educated speculation about the model. Engineering the crossover with American tastes in mind suggests production in North America, likely at one of VW's plants in Mexico or the U.S. Using the MQB platform also seems probable because the various versions of the underpinnings are underneath so many VW products.

Not selling the T-Cross in the U.S. makes sense because the little SUV is on the smaller side even in comparison to its European competition. The company apparently doesn't think the larger T-Roc is right for the market, either, according to Car and Driver.

VW isn't blind to crossovers being the future of the auto industry, and the firm predicts half of its deliveries to come from the segment as soon as 2025. To cope with the surge in demand, the business intends to have over 30 SUV models in its global lineup by the mid-2020s. North America, South America, and China should be the major drivers of crossover sales.