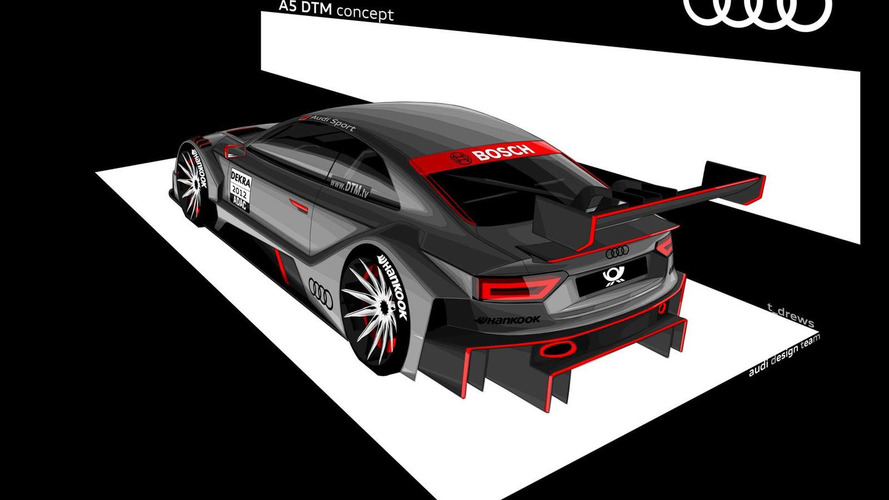 Audi has released the first renderings of the A5 DTM, ahead of its debut at the Frankfurt Motor Show.

Audi has released the first renderings of the A5 DTM concept, ahead of its debut at the Frankfurt Motor Show. Internally named "R17," the A5 DTM will replace the four-door A4 DTM with which Audi has won the DTM title four times since 2004.

The company was quiet on specifics, but said the car has a high-strength carbon-fiber monocoque with a steel roll cage that is fully-compliant with the latest safety regulations. Furthermore, power will be provided by a V8 engine - that is adopted from the A4 DTM - with approximately 460 PS (340 kW / 456 PS).

While the renderings show a pre-facelift model, Audi says the production vehicle will closely resemble the 2012 A5 Coupe which is slated to go on sale later this year.