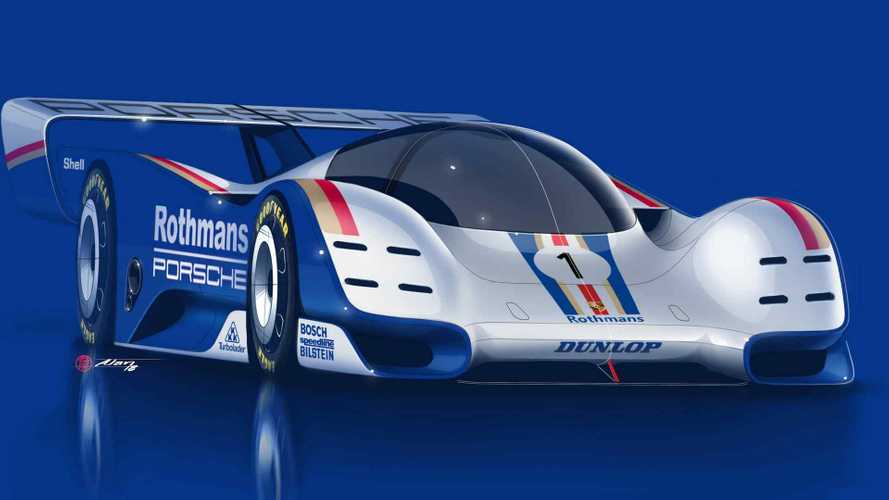 The great thing about renderings is they give us a glimpse at what the future could hold. Even though many of the renderings we try to predict a future product; however, every once in a while a rendering crops up that feels like a glimpse into an alternate reality. One example is the Porsche 963C race car rendering above from Alan Derosier. The rendering shows a modern-day take on a proper 962C successor.

Porsche debuted the 962 and 962C near the end of 1984. The 962C went on to race in European Group C formula where it found success while remaining competitive through the mid-1990s. A twin-turbocharged 3.0-liter flat-six engine produced an undisclosed amount of power, routing power to the wheels through a five-speed gearbox. The 962 had a sleek design with a bulbous cockpit and radical rear-end design with a massive wing.

Check out these other Porsche renderings:

The 963C rendering keeps many of the 962C’s iconic design elements such as the bulbous cockpit, rounded front-end design, and striking rear wing. The livery on the rendering is impeccable – it feels right out of the late 1980s or early 1990s. While the 962C had a manual gearbox, and modern-day successor would likely sport some hybridization and a PDK transmission. One design feature that remains on the 983C is the intakes on either side of the centrally-located cockpit. The side-exit exhaust carries over with a modern flair.

Sadly, this is just a rendering as it appears Porsche has no plans for a 962 or 962 successor. Also, Porsche would need to revive Group C racing, and that’s a daunting task. For right now, we have the 963C rendering, which tickles are imagination at such possibilities in the future – even if they’re far-fetched. Check out other renderings from Derosier here and here.