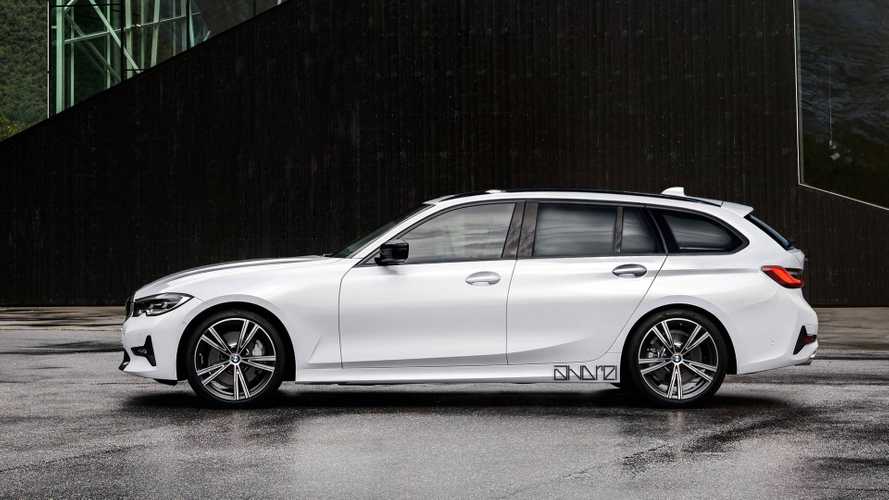 There's a strong business case for a long roof M3, never mind the tugging at our heartstrings.

We’ve seen spy photos of the next BMW 3 Series Sports Wagon, and we’ve also heard some rumors that a reveal could come in March at the Geneva Motor Show. Those rumors are further supported by a report from Autocar, which also leans towards a reveal at – or just prior to – the big spring show in Switzerland. There’s something else interesting in the Autocar report, however, and it centers around a very familiar letter-number combination. Apparently, a high-performance M3 variant could also see the light of day. That’s very interesting indeed.

If such a thing were to happen, it would be the first official M-badged 3 Series Touring model to hit production. BMW actually built a high-performance 3er with a big backside way back in the day on the E46 model, but sadly that M3 Touring was only a one-off project. Should the rumors be true, this new model would be blazing a trail for BMW in this segment.

Where do these rumors come from? Autocar doesn’t have details other than to say “insiders at the firm,” and even then, those insiders reportedly say the M3 Touring is just under consideration at this point. That’s certainly a long way from a full-on confirmation but still, it’s a tantalizing bit of news. BMW’s German competitors already offer high-performance wagons in the segment,  namely the Mercedes-AMG C63 Estate and Audi RS4 Avant, so executives certainly have a business case to make for an M3 Touring. And with a new M3 sedan already coming, we have to believe upping the ante for the wagon would be a minimal investment.

In short, there are lots of reasons for BMW to finally build a long roof M3. But first, we need to see the standard Touring model and it now seems very likely that will happen in March.