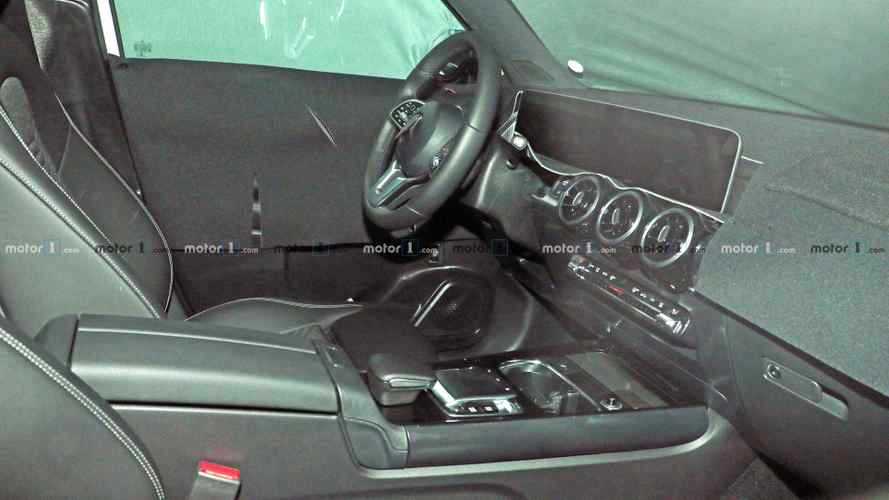 To the surprise of no one, the dashboard will be largely inherited from the A-Class.

The Mercedes GLK has been dead for about three years, but its spirit will be revived before the end of the decade as the three-pointed star is cooking up a new boxy compact crossover. We’ve spotted the GLB plenty of times already undergoing testing, but this is our first look inside the cabin. Having seen the new A-Class hatchback and its sedan buddy, the GLB’s dashboard design is hardly a surprise.

You are going to need a magnifying glass to notice the changes as the dashes are virtually identical from what we’re able to see so far. The framing of the center console does is a tad bit boxier and there might be some changes on the front passenger’s side not visible in this single spy shot we have. Although nicknamed the “baby G-Class,” the GLB will stay true to Mercedes’ new compact car family by using the fancy new dashboard design with the dual 10.25-inch screens.

Stepping outside of the prototype, the chubby look is indeed reminiscent of the defunct GLK but freshened up for the company’s latest design language. The old-fashioned halogen headlights certainly don’t do the GLB justice, but you can rest assured the new crossover will be offered with LED lights as with every other compact Mercedes.

As far as size is concerned, the GLB appears to be significantly larger than Mercedes’ entry-level crossover, the GLA. A long-wheelbase derivative could be in the pipeline as well considering the company already has a great number of LWB models for China, including the newly launched A-Class L Sedan reserved for the People’s Republic. With Mercedes eager to AMG all the things, it doesn’t come as a surprise a recent report states there will be more than just one performance version. GLB 35 and GLB 45 perhaps?

Already shown to dealers, the GLB-Class is expected to go on sale in the United States during the fourth quarter of 2019. Logic tells us it will likely be priced above the $33,400 GLA but below the $40,050 GLC. The U.S.-spec variant could be sourced from the same factory in Aguascalientes, Mexico where the A-Class Sedan comes to life.