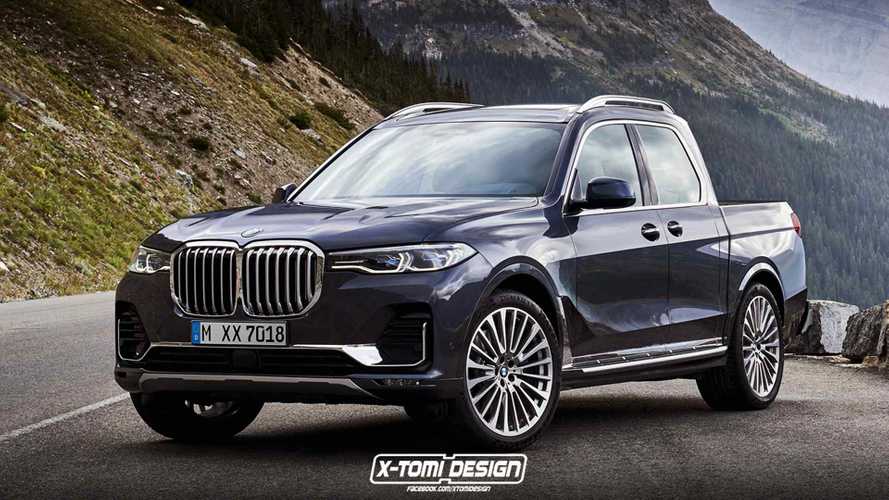 The first months of 2018 gave us optimistic indications that BMW might eventually join the pickup segment. Dealers of the brand in Australia expressed their willingness to see a Bavarian truck (or a ute as they call them Down Under) to compete against the recently launched Mercedes-Benz X-Class. With truck sales accounting for close to 15 percent on the continent, that makes sense.

However, earlier this month BMW re-confirmed it has no intentions to enter the international premium truck market because it’s too small to warrant a viable business case. According to company executives, only Australia and probably North America have enough of a market to make such a model a profitable offering.

The real X7 is equally imposing:

With all that said, the probability of seeing a BMW-badged pickup is probably pretty close to zero percent. Of course, that doesn’t mean we can’t imagine what a hypothetical X7-based truck could look like just for fun. It’s Saturday, after all.

This rendering comes from X-Tomi Design, an independent automotive designer we frequently feature on our virtual pages. There’s no denying the idea for a BMW pickup is weird, to say the least, but everything with the proportions of this vehicle here seems right. Then, why not?

There would be nothing wrong with a luxurious V8-powered premium small truck, aside from the fact that, if it borrows the platform of the X7, it wouldn’t be based on a body-on-frame chassis. BMW’s xDrive system is one of the most advanced AWDs on the market, but even that system won’t be enough to make the pickup a capable off-road machine.