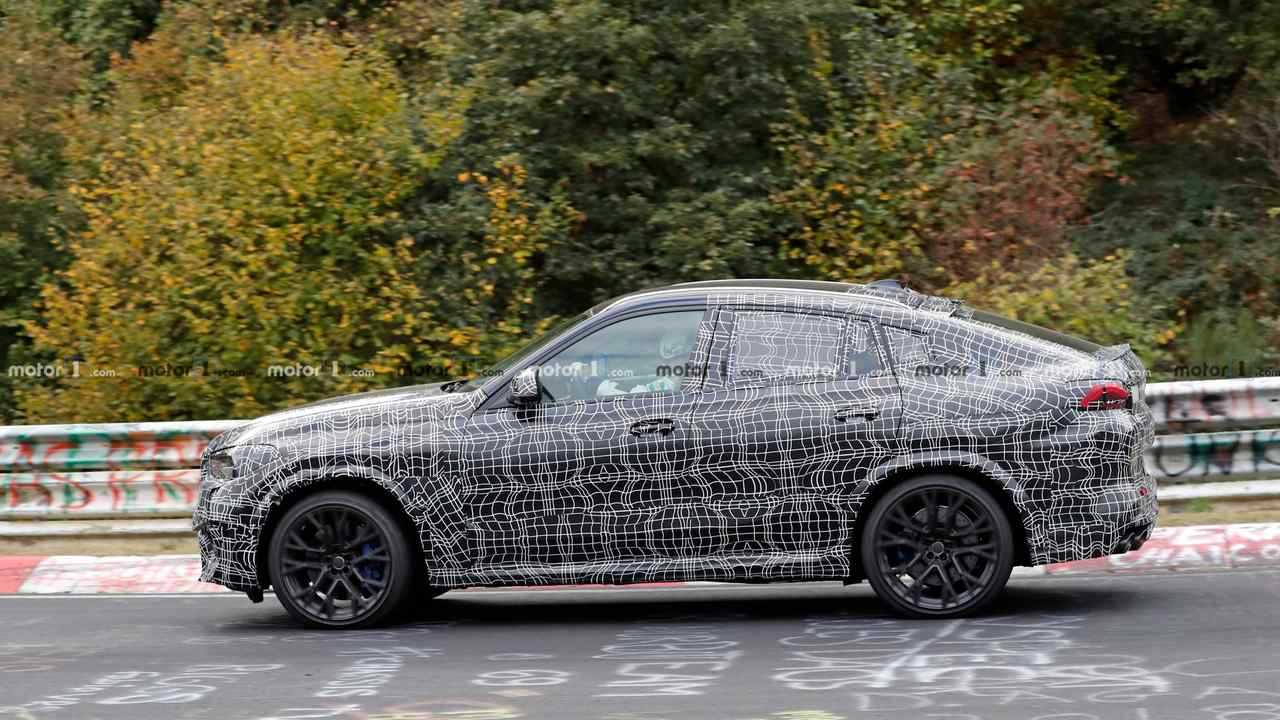 Tis the season for a leisurely drive, unless you're testing an SUV with an M badge.

Autumn colors are popping throughout the German countryside, and what better place to enjoy the sights than at everyone’s favorite track, the Nürburgring? Test drivers have been out in force with BMW X6 prototypes, as we’ve had numerous sightings in just the last month alone.

Does that mean a reveal is getting close for this menacing high-performance crossover? Not necessarily, especially since we still haven’t seen the refreshed X6 in standard trim. Indeed, this latest batch of spy shots doesn’t show us anything new with one rather notable exception -- prominent roof rails now adorn the top of the crossover. The quad exhaust tips and cross-drilled brakes tell us this is still definitely a full-fledged X6 M variant, and though roof rails may seem insignificant, something as simple as that can have a significant aerodynamic effect on a vehicle capable of serious speed.

How serious are we talking? Sources tell us the next-generation model will share its engine with the new X5 M, which also shares it with the current M5. That’s a 4.4-liter twin-turbo V8 which should be tuned for the X6 M to make over 600 horsepower (447 kilowatts) driving all four wheels. Judging from what we’ve seen thus far in spy photos, the suspension seems properly up to the task of managing that power as body roll appears minimal. Sources also tell us the M version should come with a modest weight reduction, but that still leaves a lot of bulky SUV mass battling the laws of physics.

Now that we’ve seen the new full-size BMW X7, we can better envision the larger-than-life Kidney Grille and square-ish chin that’s cleverly concealed by the camo wrap on this test vehicle. We aren’t sure if that will ultimately be a good look for the coupe-crossover, but with perhaps a year still to go before a reveal, there’s time for the styling to grow on us.