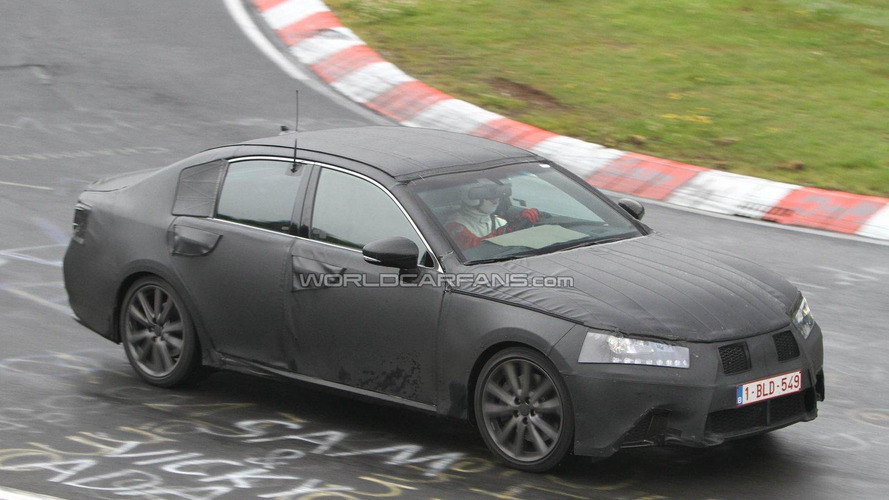 Prototype for the next-generation 2012 Lexus GS spied testing on the Nurburgring.

Our intrepid spy photographers have captured some of the first images of a 2012 Lexus GS prototype doing the testing thing on the Nürburgring.

Through that heavy camo coat we can still spot some details such as the new front and rear lights as well as the mean-looking front bumper.

The 2012 Lexus GS will be going up against the likes of the BMW 5-Series and Mercedes-Benz E-Class - stiff competition for the European continent. The new GS will face a much friendlier crowd in the North American market.

The next-generation GS is expected to debut later in the year.