Buy This Burly Ford Burma Jeep, Be The Boss Of Your Neighborhood 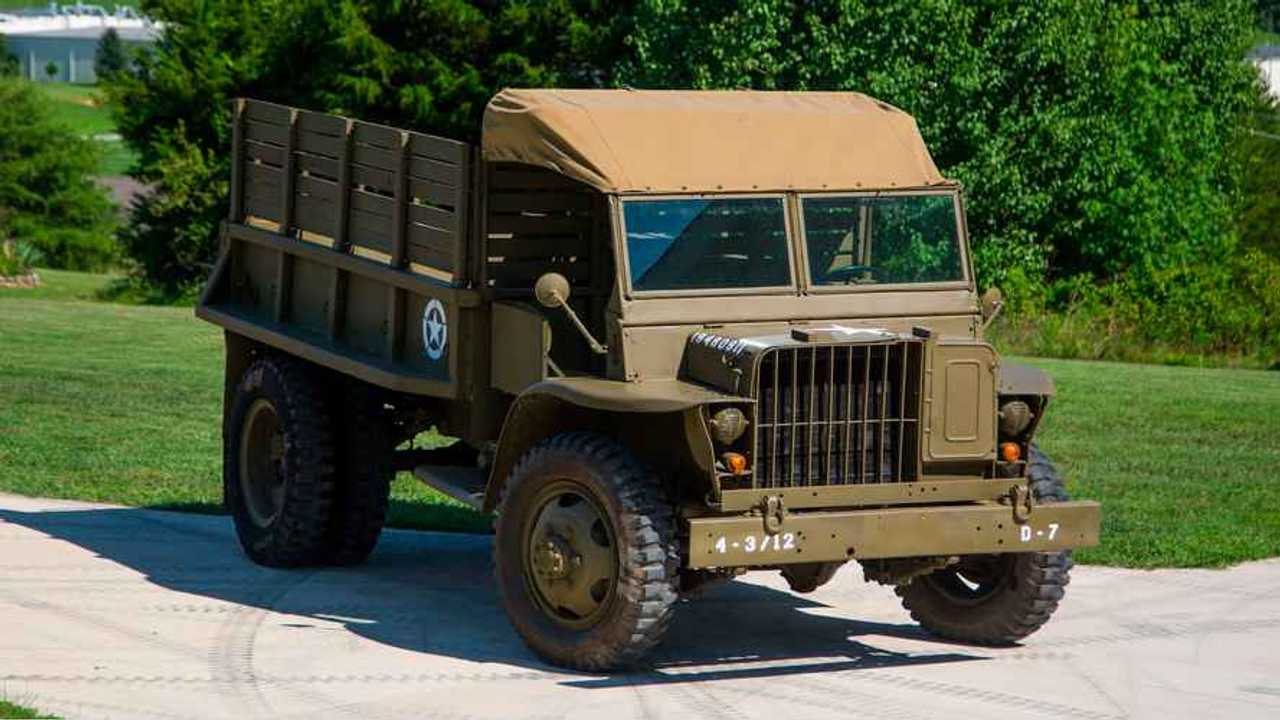 It's selling with no reserve this weekend at Mecum Auctions in Chicago.

If you ever wanted an extremely rare World War II military vehicle, better hop a flight to Chicago stat. This weekend, Mecum Auctions will send this 1943 Ford Burma Jeep across the block, and since it's listed as having no reserve, this piece of American history will have a new owner.

Prepare for the apocalypse:

Hennessey Unleashes Goliath 6X6 To Dominate Life As We Know It
⠀

Inkas Superior Is An Angry APC Built To Survive Anything

At this point, you might be a bit confused. A Ford … Jeep? Technically, it’s a Ford G-622 and it’s not related to the military-spec Willys Jeep at all, save for its olive-drab color and ability to traverse sketchy trails. Numerous variations of this military machine were made, including designs for all branches of the service that ranged from cargo haulers to bomb service vehicles. It was especially effective in the Pacific realm, where it gained its aforementioned name, the Burma Jeep. Silodrome.com has a great story that goes further into the Burma Jeep’s background, and that’s also where we learned about this particular model headed for auction.

Speaking of this actual G-622, we don’t have much information on its history. The engine is a glorious old Ford flathead inline-six, connected to a manual transmission that naturally sends power to all four corners of this carrier. Originally rated at 90 horsepower (67 kilowatts), the engine could push the G-622 to a top speed of roughly 45 mph (72 hm/h), provided of course there weren’t massive boulders to climb over.

Any apocalypse will do:

This Street Legal 8x8 Amphibious APC Is Ready For The Apocalypse

The specific model isn’t mentioned in the listing; to our eye it appears to be a standard-issue GTB cargo carrier that all military branches used. There’s no question it looks absolutely stunning; we assume it’s had a restoration or at the very least some fresh paint. Then again, the odometer doesn’t even show one single mile, so perhaps this time capsule was built and, for reasons unknown, never sent to service?

The G-622 is part of the Mountain State Collection selling this weekend at the Chicago auction. All the vehicles in the group are listed with no reserve, and should this military machine be a bit soft for you, there’s also a freaking armored transport on tank treads available. Better get your financing lined up now.