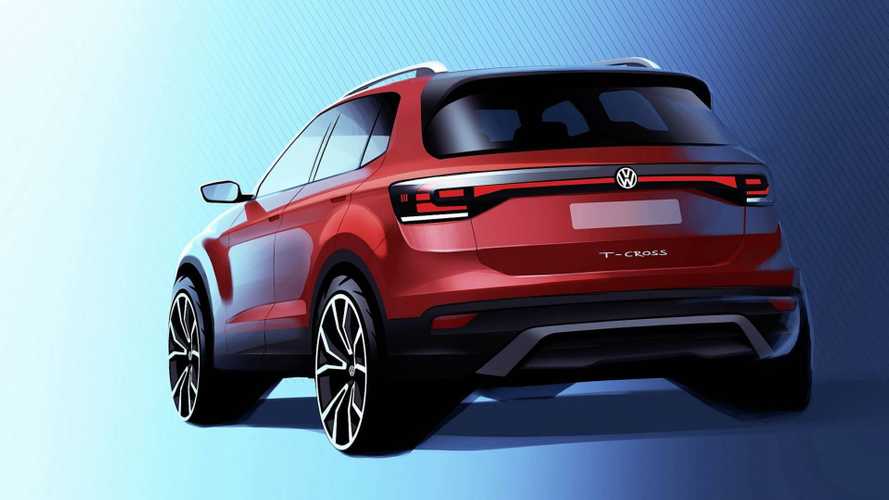 The brand wants to have no less than 30 SUVs and crossovers on sale by that year.

The success of the SUV and crossover vehicles continues with full power. Nearly every single brand now has at least one offering in either of these two segments and Volkswagen is among the marques with a full high-riding lineup. It’s set to grow even further today with the launch of the first-eveр T-Cross crossover and VW predicts that SUV/crossover sales will account for about 50 percent of the automaker’s deliveries by 2025.

Do you believe the SUV craze?

Volkswagen Tarek Announced To Slot Below Tiguan In the US

Minivans Vs SUVs And Crossovers - Which is Best?

“SUVs are becoming increasingly popular with our customers throughout the world,” commented Jürgen Stackmann, Member of the Board of Management of the Volkswagen Passenger Cars brand responsible for Sales. “This is why we are consistently pursuing our current SUV offensive. It will be a key contribution to strengthening our core business so that we can invest the necessary billions of euros in mobility and autonomous driving.”

To feed the SUV-addicted markets, Volkswagen plans to have more than 30 SUV and crossover models on sale by the middle of next decade. The manufacturer predicts North America and South America, as well as China, will be particularly important for the SUV growth.

New VW T-Cross Reveals Its Curious Rear In Another Teaser
⠀

Volkswagen is proud to report the Tiguan, now in its second generation, is among the 10 best-selling cars in the world, with almost five million units sold. It is followed by the brand’s flagship SUV, the Touareg, with almost one million deliveries since its launch. The youngest member of VW’s SUV lineup, the T-Roc, is enjoying a good start with more than 130,000 orders since its market release at the end of last year.

In June this year, Audi also estimated SUVs will account for half of the brand’s sales by 2025. This target is already achieved on the North American market, where the Q models account for around 51 percent of all sales.

Volkswagen continues with the largest SUV offensive in the company’s history. By 2025, every second Volkswagen passenger cars sold throughout the world will probably be an SUV. This already applies to every fifth car sold now. The brand expects especially strong growth in SUV sales in North and South America, as well as in China. By 2025, Volkswagen will be offering more than 30 SUV models throughout the world. With the new Polo-sized T-Cross, the brand is rounding off its SUV product portfolio at the bottom in the smallest segment. This Thursday the T-Cross is to make its world debut and will be unveiled at the same time in Europe, China and South America.

“SUVs are becoming increasingly popular with our customers throughout the world,” says Jürgen Stackmann, Member of the Board of Management of the Volkswagen Passenger Cars brand responsible for Sales. “This is why we are consistently pursuing our current SUV offensive. It will be a key contribution to strengthening our core business so that we can invest the necessary billions of euros in mobility and autonomous driving. The T-Cross rounds off our SUV family in the rapidly growing small SUV market.”

With the Touareg in the premium SUV segment, the Tiguan2 and T-Roc in the compact classes and the new T-Cross in the small car segment, Volkswagen has a strong product portfolio that will continue to grow. Further SUV models are due to follow. Volkswagen’s first full-electric SUV, the ID. CROZZ3, is to be launched in 2020. This vehicle segment is part of Volkswagen’s e-mobility offensive, which aims to bring 20 new full-electric models onto the market by 2025.

The SUV offensive announced by Volkswagen in 2015 is a success story. The compact Tiguan is now among the 10 best-selling cars in the world, with almost five million units sold. The introduction of the second generation in 2016 heralded the expansion of the Volkswagen SUV portfolio. The country-specific models Atlas for the USA and Teramont for China are enjoying sales success in their respective markets. The Touareg, which was the brand’s first SUV and has now reached its third generation, is also recording outstanding sales figures. Volkswagen expects global sales since the introduction of the first generation to reach the figure of 1 million units in the near future.

The relatively young T-Roc, the SUV in the Golf class, also got off to a good start. Since the model was launched at the end of last year, almost 130,000 cars have been sold.

Now the brand’s smallest and most compact SUV is ready to be launched –the first SUV offered by Volkswagen in this vehicle class. The new T-Cross is a real all-rounder, which is reflected by features such as the wide variety of assistance systems previously only available on cars in higher segments. The standard equipment includes the Front Assist ambient monitoring system with Pedestrian Monitoring and City Emergency Braking function, the lane keeping assistant Lane Assist, The Proactive Occupant Protection System and the lane change assistant Blind Spot Detection. At the same time, the T-Cross offers more space, variability and individuality thanks to its sliding rear seat. With its digital cockpit and its outstanding connectivity with the outside world, the T-Cross is the ideal car for its time.