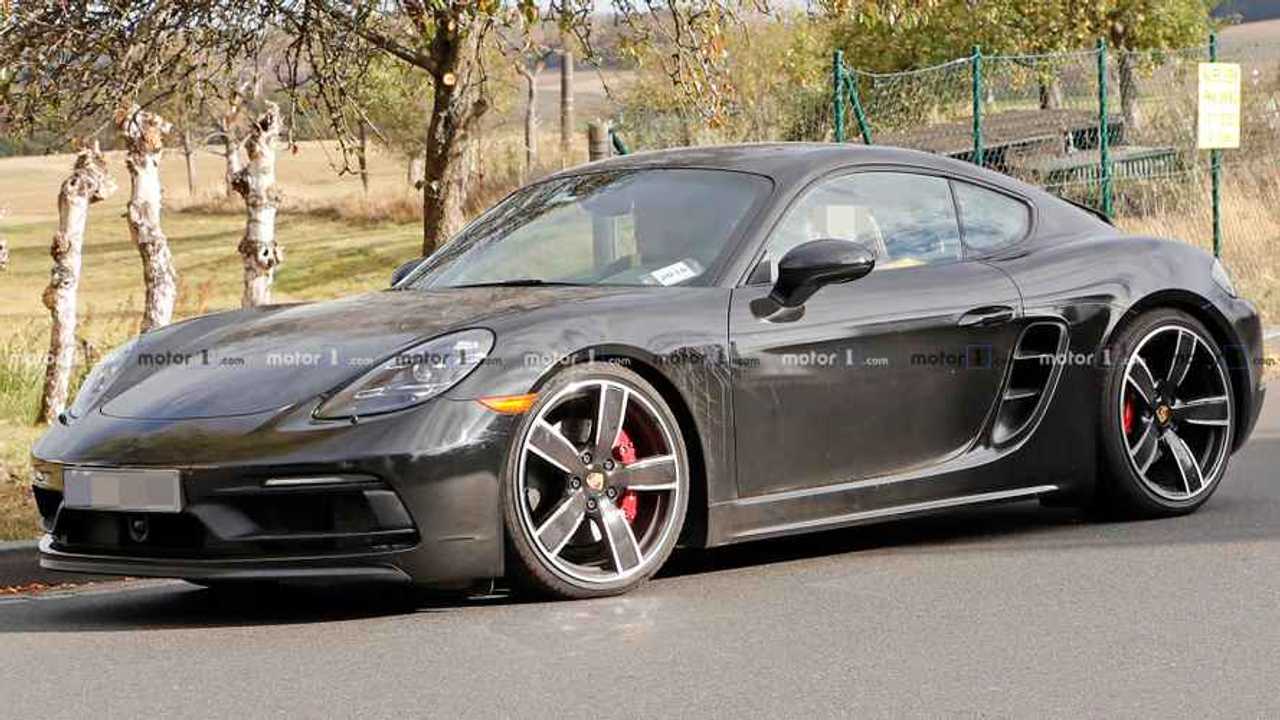 The front of a Cayman GTS and the back from a GT4.

Porsche is preparing fill a hole in the 718 Cayman lineup above the S model but below the currently range-topping GTS with a new T variant. So far, rumors and VIN registrations have provided all of our info about the new trim, but spy shots have finally provided a glimpse of the upcoming coupe. This 718 Cayman T prototype was driving around the roads near the Nürburgring.

The 718 Cayman T is the driver-focused model for folks who don't want to buy the upcoming, hardcore GT4 model. The front fascia on this one appears to come straight off the GTS variant. The ride height looks lower than stock, and the five-spoke wheels on this one are stylish with their polished details. At the back, the large diffuser is missing a piece of trim along its top, and a pair of big exhaust pipes emerge from it. This element of the rear is quite similar to what spy shots show coming on the GT4.

The 718 Cayman T could be something special:

Porsche 718 Cayman T May Get Lighter With Thinner Glass, No Stereo

To keep the weight down, Porsche will reportedly fit the 718 Cayman T with thinner glass and fabric door pulls. The stereo allegedly won't come standard to shave off even more pounds for buyers who will be willing to sacrifice the ability to listen to music. A sport exhaust and the Sport Chrono package will possibly come standard, too.

The 718 Cayman T's engine is a mystery for now. A VIN registration in the United States indicates that the model uses a version of the 2.0-liter turbocharged flat-four-cylinder engine from the base 718 Cayman. However, reports from Europe suggest that the vehicle possibly has a variant of the S trim's 2.5-liter powerplant.

Look for the 718 Cayman T to debut in 2019. Given its position in the Cayman lineup, expect a price between the $67,700 S and $80,700 GTS. If Porsche does things right, the new model could be a performance bargain by offering a driver-focused experience for less than cost of a GT4.