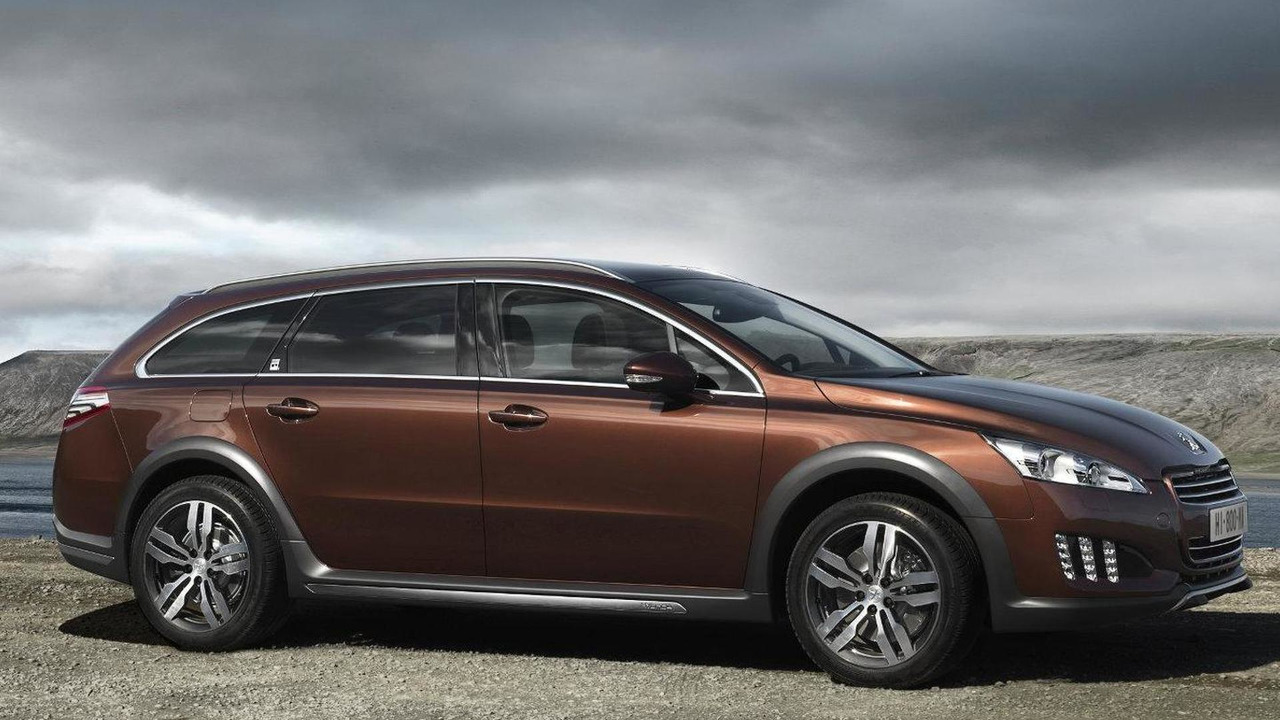 Similar conceptually to the Audi A4 Allroad Quattro, the 508 RXH is an off-road variant of the 508 SW wagon, raised and widened in order to perform its dirt-track duties. Also distinguishing the RXH are the 3 vertical LED strips on each side of the grill which reference a "lion's claws".

The all-wheel drive unit features a 2.0 liter HDi diesel engine coupled with an electric motor mounted on the rear axle for a total output of 200 PS (147 kW) and 450 Nm of torque (332 lb-ft). The technology was first introduced in the 3008 Hybrid4 and will be used in the future by other models in the Peugeot range.

The automaker, which likes to position its cars as stylish and efficient yet cheaper alternatives to the likes of brands like VW, is the first to offer this kind of hybrid technology in the marketplace.

The car will make its public debut at the Frankfurt motor show in September and goes on sale next spring (2012).