Lamborghini Might Build A Bonkers Hypercar To Rival The Valkyrie 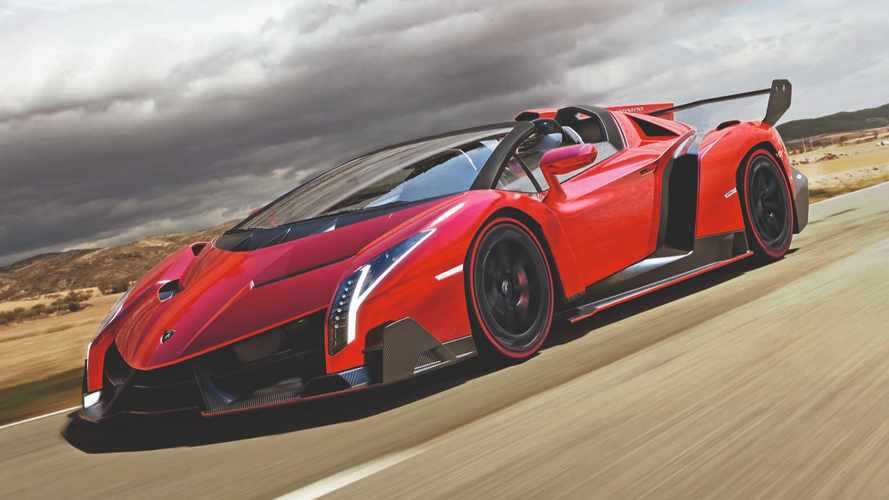 When the Aston Martin Valkyrie starts production next year, it will pack the hardest naturally aspirated punch ever seen in a street-legal car. Its Cosworth-derived 6.5-liter V12 will produce no less than 1,130 horsepower (843 kilowatts), and in AMR Pro trim it’s thought the car could set a new Nürburgring lap record. Mind you, that’s not the production car record recently set by Lamborghini, but the overall time of 5 minutes and 19.5 seconds established earlier this year by the Porsche 919 prototype racer.

The Aston Martin Valkyrie is all that and then some:

All this pomp and circumstance has apparently nabbed the interest of Lamborghini CEO Stefano Domenicali. A recent report from Autocar says a low-production Valkyrie rival with a Raging Bull badge is, at the very least, being considered by the Italian automaker. Such a car would most likely go even further into the realm of bonkers aerodynamic packages that we’ve seen from Lamborghini in recent years, with a hyper-tuned V12 providing the power.

Don't forget about AMG's One:

Mercedes-AMG One Drops The "Project" For Official Name

Of course, Lamborghini isn’t exactly new to the field of low-volume builds. There’s the Centenario of course, built to celebrate Ferrucio Lamborghini’s 100th birthday with only 40 examples in the world. Even rarer is the Veneno, with just five examples created. It sounds like Lamborghini already has rivals to the Valkyrie, but both of these special production runs are connected to the “mainstream” Aventador, and neither comes remotely close to the Valkyrie’s incredible horsepower figure.

Lamborghini could do it:

If Lamborghini actually goes after the Valkyrie, what might we expect? Autocar reports such a machine would follow a similar path as the Centenario and Veneno, which we interpret as meaning it would be based – at least somewhat – on an existing Lamborghini platform. It would also need to take a serious horsepower jump, which could mean forced induction or possibly the inclusion of a hybrid system. If Lambo wants to keep things naturally aspirated, the current V12 would need to find additional horsepower roughly equivalent to a new BMW M2.