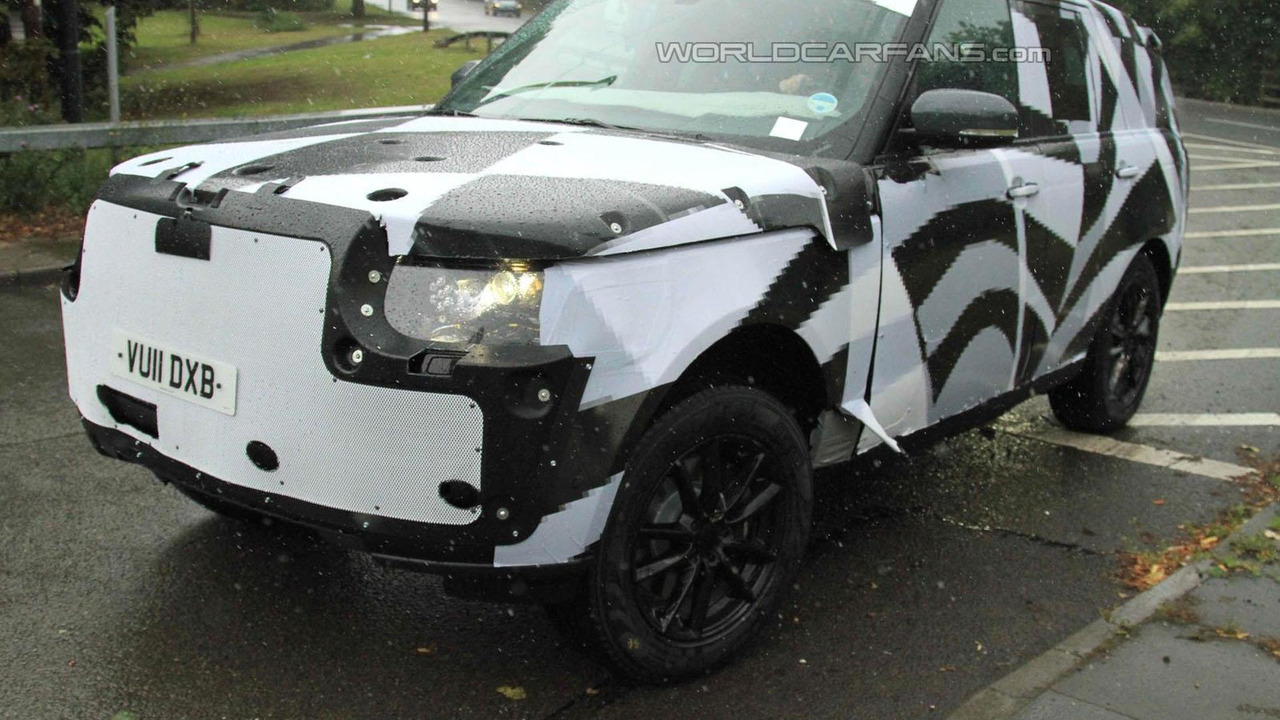 The prototype is heavily disguised, but we can see it will feature a clamshell hood, massive headlights and a sloping roofline.

The model is heavily disguised, but we can see it will feature a clamshell hood, massive headlights and a sloping roofline. Furthermore, the vehicle appears significantly larger which should result in additional rear seat legroom and added cargo capacity.

Engine options will likely carryover from the current model, but we can also expect to see hybrid and plug-in hybrid variants that borrow technology from the Range_e concept.

Additional information is limited, but previous reports have indicated the Range Rover will ride an aluminum chassis that is being developed with the assistance of Jaguar. Thanks to this change, the vehicle could be up to 400 kg (881 lbs) lighter than the current model.

The redesigned Range Rover could be introduced in late 2012 as 2013 model, so stay tuned for details.