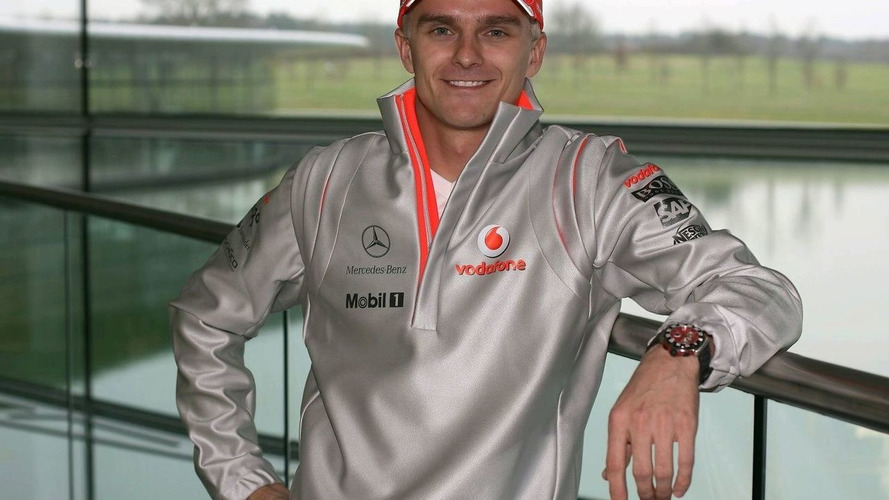 As the fourth Finn ever to wear the McLaren colors, Heikki's predecessors include Keke Rosberg, Mikka HÃƒÂ¤kkinen and of course, the current World Champion, Kimi RÃƒÂ¤ikkonen.

McLaren Mercedes hasn't had much good news lately. Having lost the driver's and constructor's championships, 100 million Euros in fines, and the premature departure of two-time World Champion, Fernando Alonso, McLaren is ready to put that all behind and start fresh with Finland's very own Heikki Kovalainen as the replacement driver for Alonso.

Kovalainen showed great promise in his rookie year with Renault in 2007 and now Vodafone McLaren Mercedes have snapped him up. As the fourth Finn ever to wear the McLaren colors, Heikki's predecessors include Keke Rosberg, Mikka Häkkinen and of course, the current World Champion, Kimi Räikkonen.

It has been suggested that Team Boss, Ron Dennis, has favored Finnish drivers due to their cool and calm demeanor, hence Räikkonen's nick name, “Iceman”. Their ability to deflect pressure and control anger are very attractive characteristics as a driver and team member.

Kovalainen joins Lewis Hamilton who enjoyed the most successful rookie season in the history of the Formula 1 World Championship with consecutive podiums in his first nine races. Together, Kovalainen, 26, and Hamilton, 22, will be one of the youngest driver line-ups.