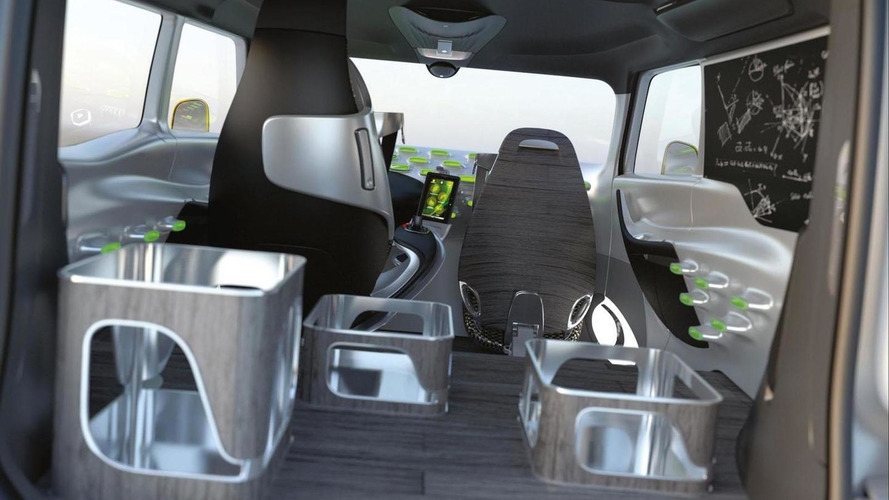 Essentially a commercial vehicle, the Frendzy has a DeZir-inspired styling, a canvas roof and a sliding rear door with a 37-inch digital display.

Renault has unveiled the Frendzy concept, possibly a preview of the next Kangoo, ahead of its debut at the Frankfurt Motor Show in September.

Essentially a commercial vehicle, the MPV has DeZir-inspired styling, a canvas roof and a sliding rear passenger-side door with a 37-inch digital display.

Inside, the futuristic cabin featuers leather latticework seats, wood floors and a BlackBerry PlayBook tablet which doubles as an infotainment system. Additionally, the rear load floor has a retractable bench seat and "magnetic fixings" which allow cargo to be tied down with ease.