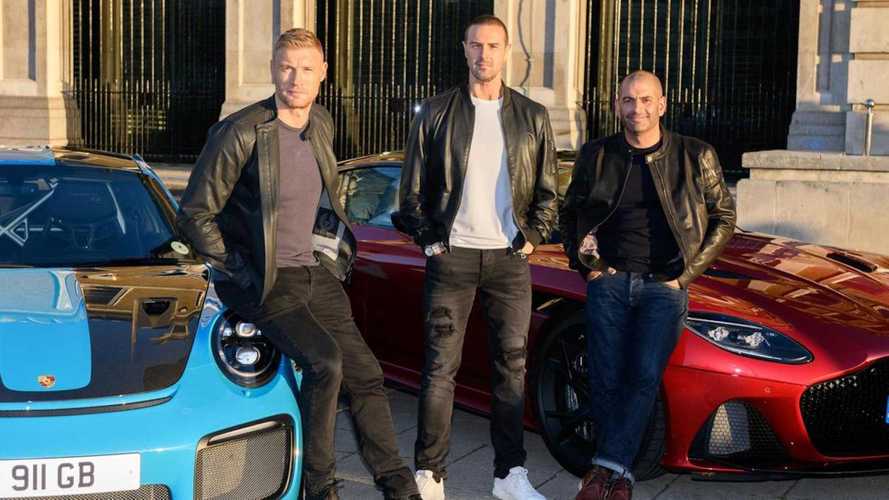 Paddy McGuinness and Andrew Flintoff will serve as the two newest members of the Top Gear team after current host Matt LeBlanc concludes his tenure as a host of the famed automotive television show.

McGuinness and Flintoff will join current presenter, Chris Harris, as the program’s hosts in late 2019 (LeBlanc will host the 26th season of the show, which begins in early 2019). Rory Reid, who currently hosts the show alongside LeBlanc and Harris, will “remain part of the Top Gear family” and continue to host Extra Gear, a wrap-up show that recaps the content of that week’s Top Gear episode.

See The First Trailer For The New Crew:

The two new presenters both trace their heritage back to Lancaster, and it’s likely that Yankee Top Gear fans may be unfamiliar with their names. McGuinness is a British comic with a resume of work that spans more than two decades. Meanwhile, Flintoff made a name for himself as a cricketer. Knee injuries forced him to retire earlier in the decade and he currently hosts the podcast Flintoff, Savage and the Ping Pong Guy for the BBC.

While neither McGuinness nor Flintoff appears to have deep motoring backgrounds, the two claim to be long-time fans of the show and real gearheads. We’ll see how well they can keep up with fellow presenter, and noted car enthusiast, Chris Harris later in the year, though.

Regardless, we’re bummed to see Matt LeBlanc leave Top Gear for other endeavors and Rory Reid pushed to a sideline position.