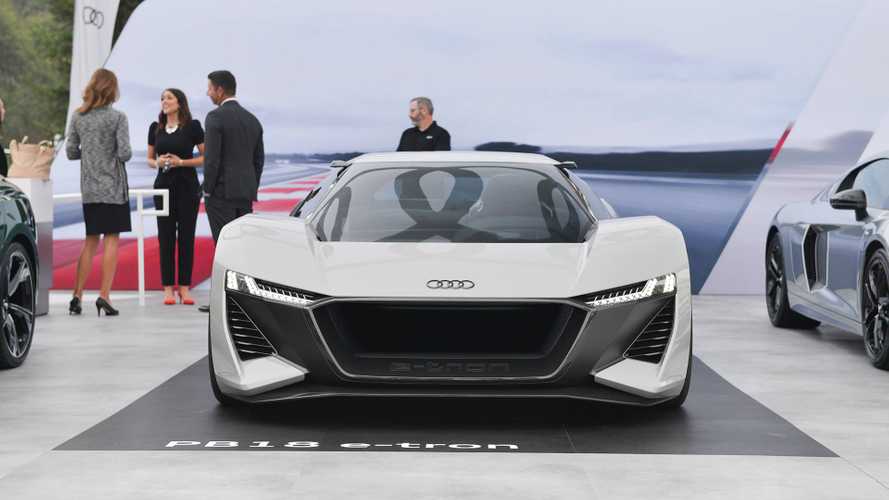 Audi first announced its plans for a performance four-door electric vehicle in March this year, when it teased the E-Tron GT for the very first time. The German automaker didn’t provide an exact launch date for the machine, but a new report from Autocar shines more light on Audi’s plans.

According to our British source, the EV will arrive sometime in 2020 featuring a similar powertrain to the E-Tron SUV. However, it will be “focused more towards power” instead of maximum range, as Siegfried Pint, the company’s powertrain boss, explains. Audi is believed to be targeting the Tesla Model S P100D with its 0-62 mph (0-100 kph) acceleration in 4.3 seconds as a direct rival.

What we know so far:

The production model will ride on the same platform that underpins the upcoming Porsche Taycan, so it doesn’t come as a surprise that the E-Tron GT will “get some genes from Porsche” but will also “add a lot of Audi genes.” It will be Audi’s first electric model to use the so-called “flat-floor solution” instead of the “high-floor solution” found in the E-Tron SUV.

Autocar also claims the four-door grand tourer will become the brand’s first model to allow for 350-kW fast charging, which will be capable of charging up to 80 percent in under 12 minutes. With the rumored focus on performance rather than range, this feature should be warmly welcomed by customers.

Audi will show a concept previewing the model at the upcoming Los Angeles Auto Show in November. A couple of months later, sometime in 2019, we will see the production E-Tron Sportback, which will be followed by the production E-Tron GT in 2020. It will be produced at Audi’s Neckarsulm factory in Germany and will be one of 10 electric vehicles from the marque to debut by 2025.