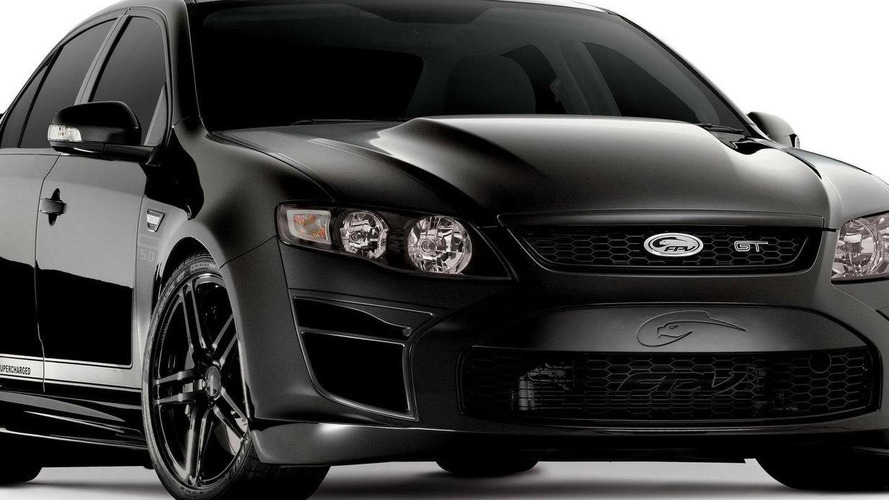 Ford Performance Vehicles gives a hint about the future of their FPV GT line with this 449-hp concept car, on display in Melbourne. Details inside.

Ford Performance Vehicles has lifted the lid off the first concept car in the division's history. The FPV GT concept had its debut in Melbourne at the Australian International Motor Show.

The Australian-built Silhouette Black beast uses the Boss 5.0-liter V8 engine that thus far produces as much as 449 hp (335 kW / 455 PS), and up to 570 Nm (420 ft-lb) of torque. Details about the transmission and sprint times were not revealed.

"Taking our iconic FPV GT, we have put together a package of performance and design enhancements to demonstrate what could be done by FPV in the future," said Ford Performance Vehicles General Manager Rod Barrett in a press release.

You can read more about the car in the press release below.