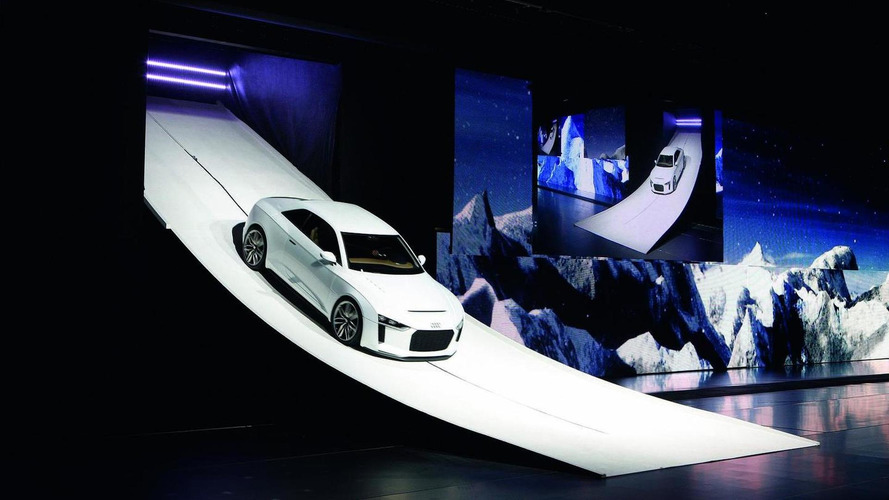 Get the full scoop on the Audi Quattro Concept's development, potential engine, and features which could take shape in the production vehicle by 2013. Details inside.

A decision on the production, development and specifications of the Audi Quattro Concept will likely be made and announced as the 2011 Frankfurt Auto Show kicks off in September, according to Inside Line. In an interview with the site, Quattro chief Stephan Reil said that the well-received concept needs "the use of lots of exotic materials" to get the car down to the car's 1,400 kg (3,086 lbs) target weight.

While providing the automaker with a solid way "of demonstrating Audi's 'Ultra' lightweight technologies," the result could be an even higher price to a car that would likely see pricing bumps from strong demand and low production volumes.

The engine would also have to be "mounted longitudinally instead of transversely," according to Reil. Even though an "amazing" full prototype has already been built, a production model would not come until 2013 at the earliest.