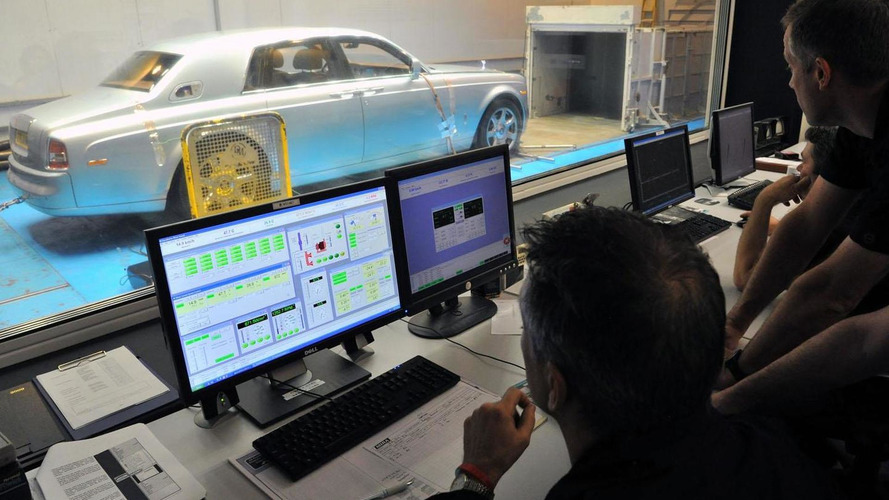 The Rolls-Royce 102EX isn't winning over too many fans, but the company is pushing ahead with development.

The Rolls-Royce 102EX isn't winning over too many fans, but the company is pushing ahead with the concept's development.

While the model isn't slated for production - at least officially - engineers at the independent MIRA labs have conducted a barrage of tests to ensure the massive 71 kWh lithium-ion battery can withstand "extreme conditions such as high temperatures and humidity levels." As such, the tests revealed the battery can operate at temperatures as high as 50C (122F) which should enable the vehicle to be fully-operational when it arrives in Dubai as part of the 102EX World Tour.

According to chief engineer Andrew Martin, "The tests have furnished us with important data about the effects of heat and humidity on 102EX's battery and management systems. For example we are clear that the battery management system, which maintains safety and optimal operation of individual cells, will inhibit charging at extreme temperatures. Practically speaking, this may mean finding locations in which the car's cells can cool after test drives before a re-charge can begin."

Check out the press release for additional information and tour dates