Gold-plated DARTZ Prombron to be The Dictator's wheels 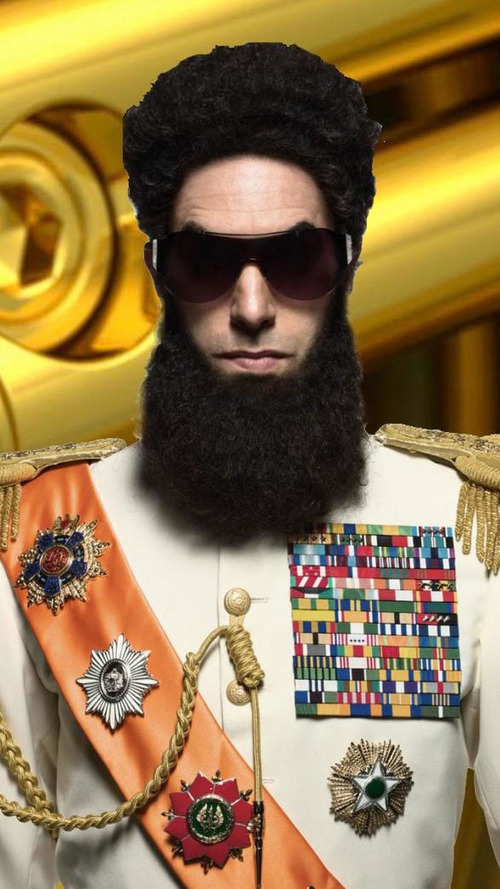 Find out a bit about The Dictator, and his gold-plated mean machine, inside. Seriously, what's up with the whale penis?

When Sacha Baron Cohen plays Saddam Hussein in the upcoming film, The Dictator, he will apparently be seen on screen riding in a DARTZ armored truck, according to the Russian tuner.  The gold-plated unit will be a version of their Prombron model, which is based on Kombat Armouring's T-98, and uses parts supplied by General Motors.

No word yet if Cohen's Prombron will have a whale penis interior. Available with B7-rated reinforcements, the top level T-98 can stop armor-piercing rounds fired from an AK47.

Loosely based on Hussein's book, Zabibah and the King, "The film tells the heroic story of a dictator who risked his life to ensure that democracy would never come to the country he so lovingly oppressed,” according to distributor Paramount Pictures. The Dictator will be directed by Borat and Bruno director Larry Charles, with performances from Ben Kingsley and Anna Faris.

Look for Cohen and the DARTZ Prombron to make promotional appearances in the run up to the film's May 2012 release.

Gallery: Gold-plated DARTZ Prombron to be The Dictator's wheels