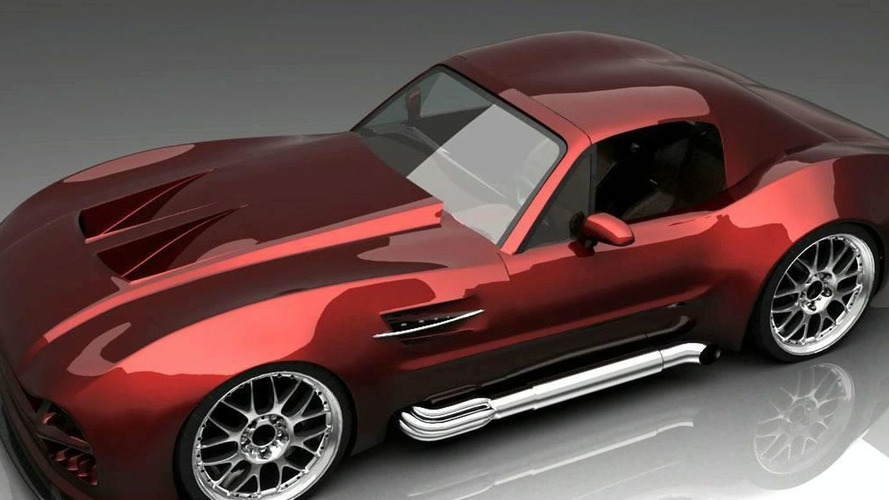 One 35-year-old has dreamed his whole life of building his own sports car. The result: The Bailey Blade, a seriously cool car to be publicly available by the end of 2008.

Beyond engineering, there is a massive challege to designing any new sports car.  How do you create a sports car that is unique, while paying homage to the sports cars of the past?

For 35-year-old Texan Neal Bailey, the answer is in history itself.  When creating the concept for his own racer, Bailey looked to every sports car he could find for inspiration.  He eventually landed on the original Shelby Cobra and decided that his car would be a powerful beast, embodying many design elements of a car from the 1960s.

It does take some balls to be willing to step out, design, and produce your own sports car.  Bailey, a married man with two kids, works on his vision at any chance he can get.

"It’s been a dream of mine since childhood to do something like this," Bailey says on his MySpace page.  "I got tired of dreaming and just started doing."

The Bailey Blade is based on a heavily modified chassis from a replica Cobra, tweaked to fit an independent front and rear suspension.  His intention on the exterior is to build a car that is "sleek, sexy and aggressive," according to the Bailey Blade website.  However, at 6'4" tall, Bailey found it ultra-important to make sure he could fit into his own car.  Bailey got to work on making the cab big enough so his head does not press up against the retractable roof of the Blade.

Bailey hopes that his car is successful enough to be wanted by the public on the other side of the pond (meaning Europe, not Florida).  Thus, he is building the Blade to be either a left or right side driver.  Bailey is also trying to meet European standards to make export of the Blade easier.

The Bailey Blade should build out to a full-functioning prototype by mid-2008.  Bailey's dream car may be available for sale by the end of 2008, and Bailey plans on making the car affordable.  Exact pricing is not yet known.

WorldCarFans will check back with Bailey periodically to see how things are going, and we will bring you any news when we get it.