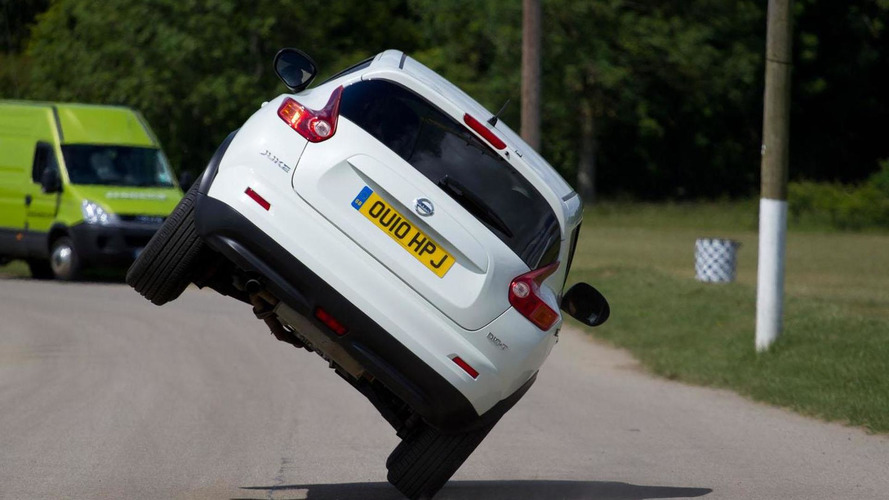 A Nissan Leaf will attempt to become the fastest vehicle to be driven up the Goodwood hill - backwards.

While this sounds rather ambitious, as the FoS attracts the most extreme vehicles from auto makers and motorsports, the company is taking a unique approach that is filled with a variety of caveats. First and foremost, a Leaf will attempt to become the fastest vehicle to be driven up the hill - backwards. As ridiculous as this is, Nissan touts the fact that "Unlike petrol-powered cars, in which reverse gear allows only low speeds, the Leaf has an electric powertrain that, theoretically, enables it to be driven backwards as fast as it can go forwards." This means the Leaf has the potential to hit 90 mph (145 km/h).

A Juke will also attempt to set a speed record for being the fastest four-wheeled vehicle to drive up the hill on just two wheels.

Both feats will be made by professional stunt driver Terry Grant who commented, "I've experienced Goodwood before, but never attempted to set a new record. To have the chance to grab not only one but two records at the same event will hopefully provide everyone with a very entertaining spectacle."