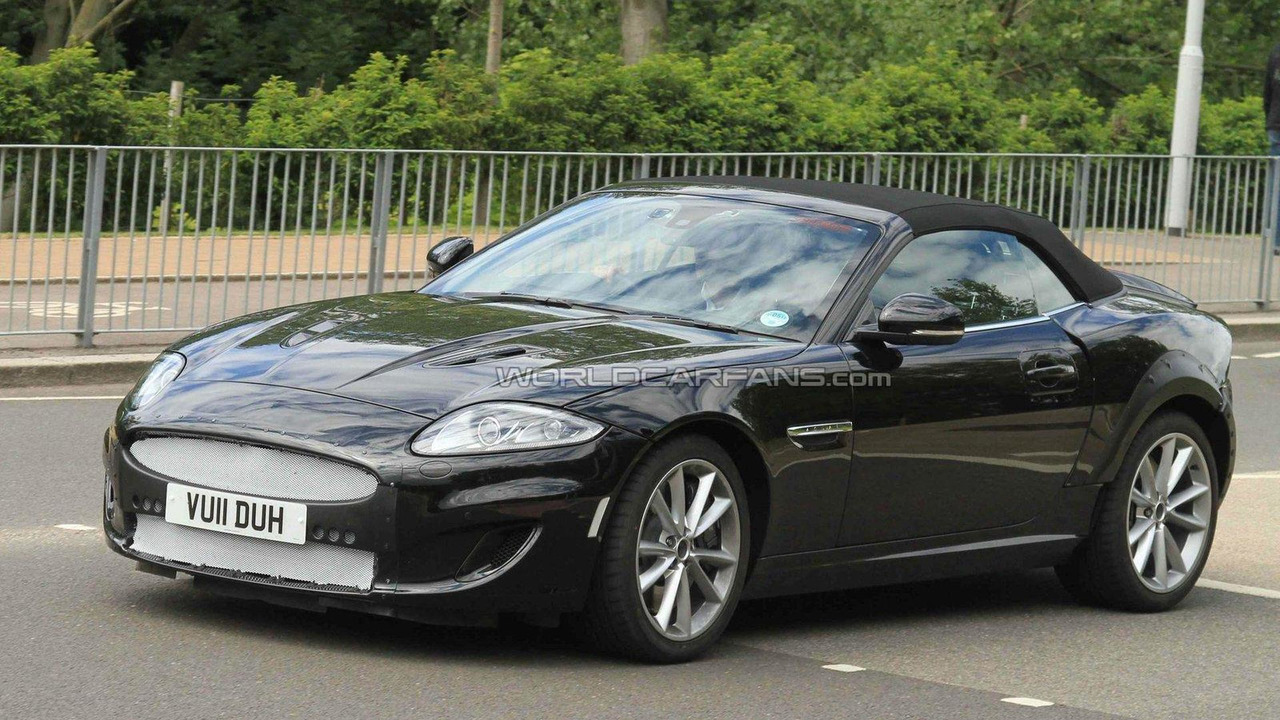 Upcoming Jaguar XE is a new compact, two-seater sports car based on the XK model which will compete against the Porsche 911.

Here are some of the first spy shots available of the upcoming 2013 Jaguar XE - the British marque's new baby sports model.

This prototype mule is riding on a shortened chassis and body from the XK. The XE will be offered as both a coupe and cabriolet model, and it's a cabrio we've spotted here today.

Details are still sketchy on the XE, but we expect it to be a two-seater and priced competitively with the Porsche 911, the model it aims to compete against. Given the long Jag nose, it will sport a mid-front engine mounting for performance handling.

The XE is also expected to be fitted with a V6 engine in at least two configurations, one naturally-aspirated and one supercharged. Output levels will be competitive with Cayman and 911 models.