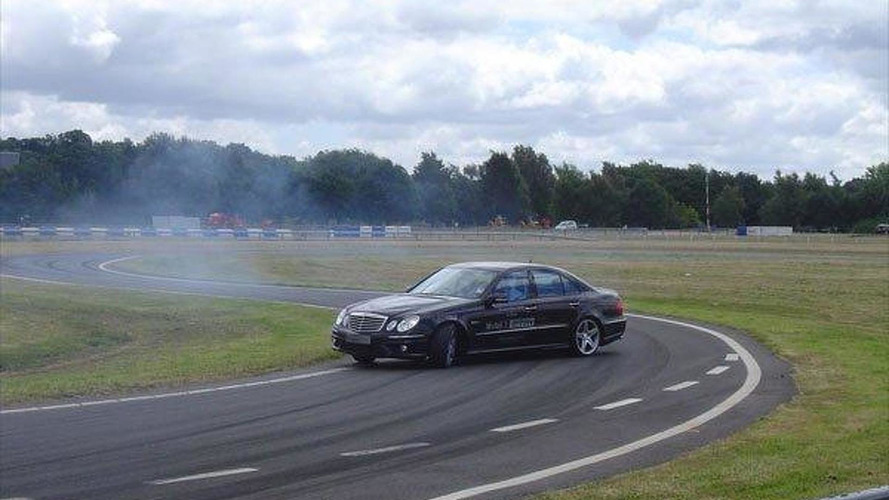 Drifting may be silly, inefficient, wasteful (think: "What will a new set of tires cost me?"), pointless even, but no one can deny that it's just plain fun.

But here Mercedes-Benz test driver Mauro Calo is taking drifting very seriously and will attempt to set a world record for drifting at the Mercedes-Benz World event this coming weekend.

Calo will attempt the record in either a C63 AMG or an E63 AMG at the track in Brooklands, Surrey, United Kingdom. His aim is to maintain a drift for up to 10,000 feet (nearly 2 miles or 3 km) and clobber the current record which stands at 8,000 feet. That will mean 12 laps around the track.

To hold such a constant drift, Calo will keep the car in third gear and at a speed of around 55 mph (88 km/h).

But the track Calo will be making his attempt on is quite narrow, with a perimeter of a little over a car length, making conditions considerably harder for himself. Calo says that isn't a problem.