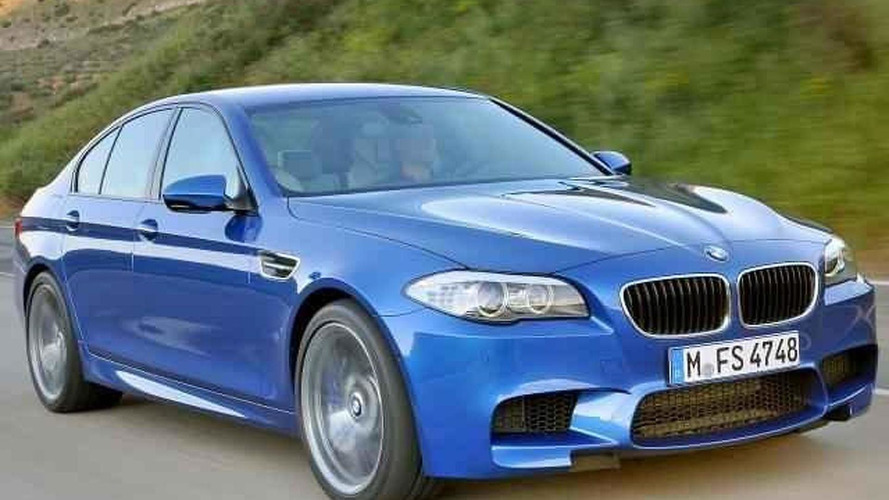 Photos of the upcoming next-generation F10 M5 were leaked to a German car magazine.

These leaked photos of the upcoming 2012 BMW (F10) M5 were first published in the German car magazine Auto Zeitung.

The photos show a very muscular M5 wearing 20-inch wheels and dressed in the color of Monte Carlo Blue. Feel free to compare the differences between this 'official' M5 and the M5 Concept from a couple of months ago.

Official media release is expected early next week, with its first public appearance at the M Festival on June 23 at the Nürburgring.