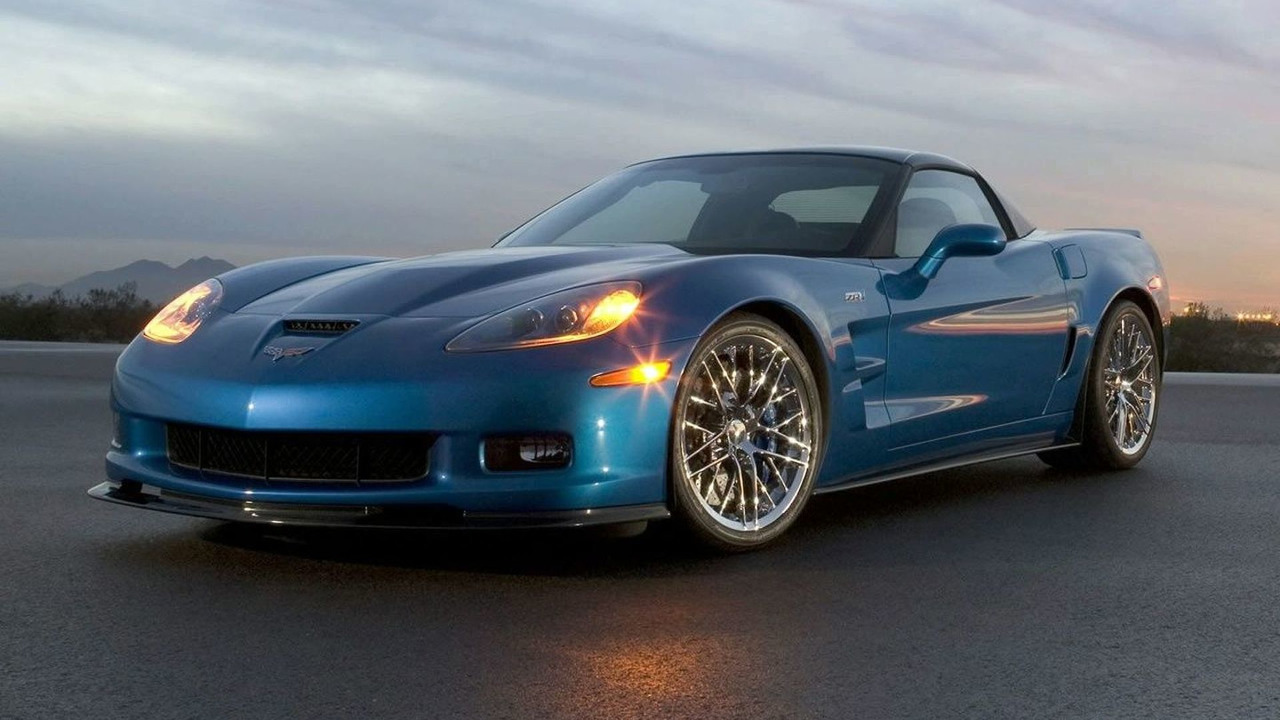 Chevrolet officially announced the 2009 Corvette ZR1 Ã¢â‚¬â€œ an American supercar that brings the technology and engineering refinement of carbon-fiber, ceramics and electronics together in a distinctive design.

With sales totaling just over 1000 units in Europe during 2006, the Corvette lacks traction for this market. With the likes of Maserati's, Aston Matin's, Porsche's, Audi RS's, Ferrari's, Mercedes AMG's, etc. painting the urban landscape in Europe, Corvette just doesn't evoke the same passion. In fact, it's quite a different reaction as demonstrated by Top Gear's Jeremy Clarkson who took a helicopter gunship to the C6 Corvette last year. Why should that be? Perhaps it is a lack of credibility with American high-performance cars since there are only a handful of vehicles capable of mixing it up with their European and Japanese counterparts. Or maybe it's America's fascination with straight line performance? Whatever the reasons, Americans don't care. Their beloved Corvette is the culmination of motorsport excellence and 50 years of refinement and this latest pure-bred is the most anticipated and best Corvette yet.

Due for arrival in summer of 2008 as a 2009 model, the Corvette ZR-1 represents the ultimate Corvette. With the main objective to produce a split-personality car that is domesticated for the road yet a fierce track car, the ZR-1 takes the road less traveled. With the motto, “there's no replacement for displacement”, American performance cars have always stayed true. However, instead of using an even bigger version of the 505hp 7.0-liter LS7 motor from the Z06, GM opted for the same 430hp 6.2-liter LS3 V8 engine and supercharged it, increasing output to an awesome 620hp (462 kW) and 595 lb.-ft.of torque (807 Nm). The new supercharged engine, called LS9, makes this sixth generation Corvette the fastest and most powerful production car ever produced by General Motors.

However, the ZR-1 is more than just a new powerful engine. The body gets littered with lots of weight-saving carbon fiber found in the hood with a raised, polycarbonate window – offering a view of the intercooler below it, carbon-fiber roof panel, roof bow, front fascia splitter and rocker moldings with clear-coated, exposed carbon-fiber weave. The widened fenders are also carbon fiber to accommodate the larger wheels. For the first time, carbon ceramic brake rotors with painted blue calipers and exclusive 19x10 (front) and 20x12-inch (rear) wheels are standard for the ZR-1 as well as automatically adjusting Magnetic Selective Ride Control suspension.

Performance figures have not been provided yet, however, GM acknowledges the ZR-1 will top 200 mph with a new 220 mph speedometer. Speculation puts a 0 – 60 mph time of 3.4 seconds and price is expected to come in at 100,000 USD.