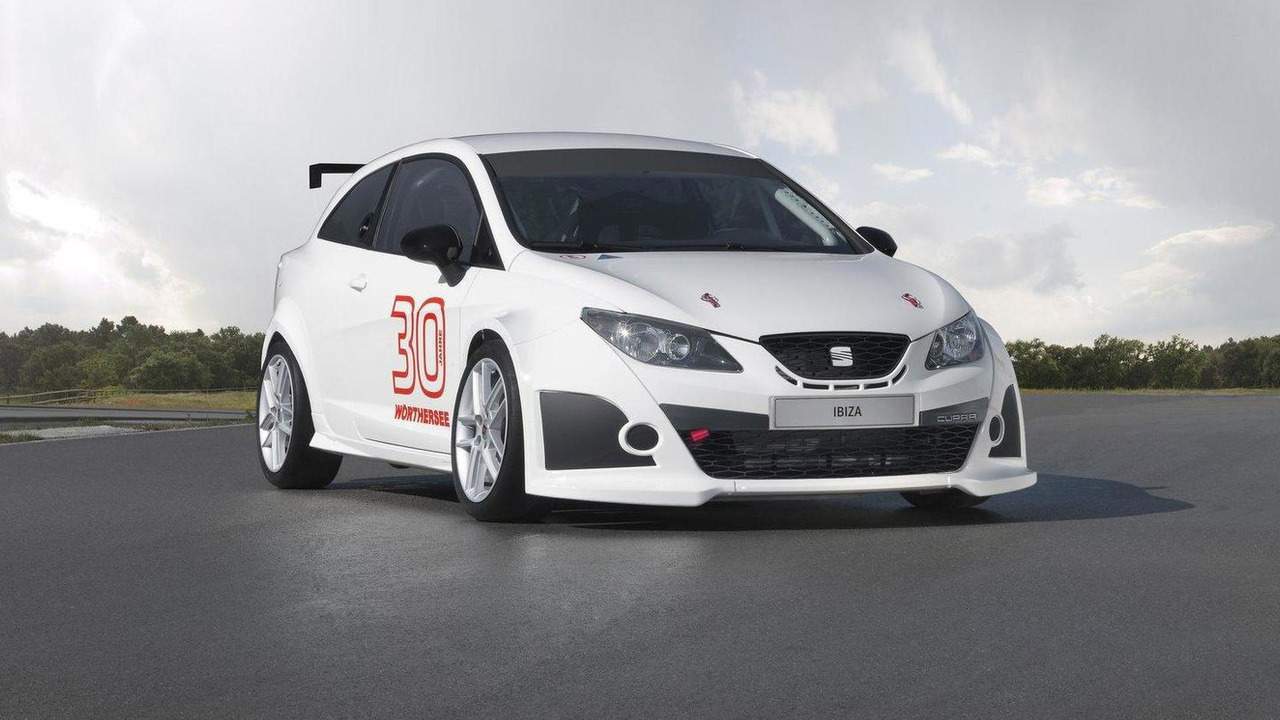 SEAT has introduced a new racer at the Wörthersee GTI meet based on the Ibiza Cupra fthat will be homologated into a new race series.

The Ibiza SC Trophy (supercopa or super cup) will be used in a new single-brand championship starting next year in Italy and Spain, just as the Leon Supercopa is an opening race series in the DTM program.

But the SC Trophy features some modifications for this new racing series which include a modified oil sump to combat the high lateral forces it must endure under racing conditions. Dimensions have also been changed as SEAT has lowered the car by 40 mm and extended the wheelbase of this cup racer by 13 mm. It's track has been widened too by 170 mm at the front and 29 mm at the rear axle.