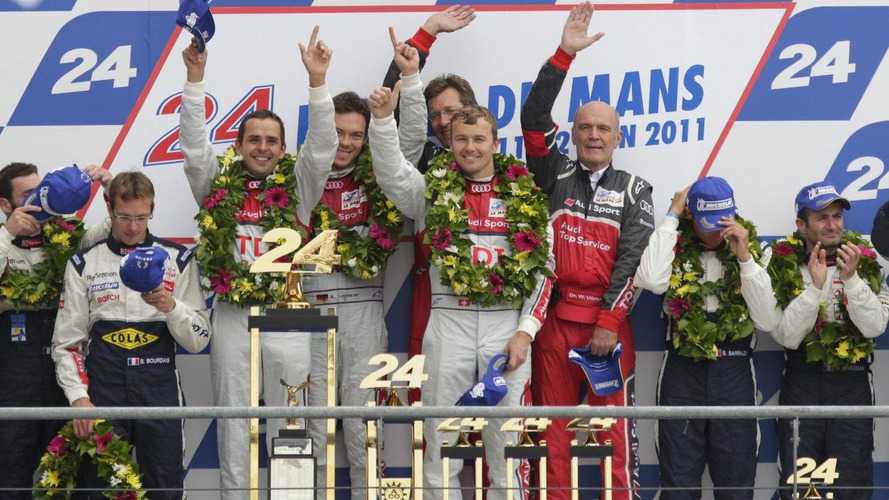 Audi R18 TDI car number 2 makes it to the finish line 13 seconds ahead of the second-place Peugeot 908.

Audi has repeated the feat again and won at the 24hr endurance race at Le Mans, France - capturing the title for the 10th time in its history.

Audi has dominated Le Mans for the past several years with its R-series TDI diesel race cars. But the Peugeot team with their own diesel-powered cars have never been far behind. The Peugeot 908 won in 2009.

The R18 TDI number 2 car was the only Audi Team Joest left in the race after the crashes of both the number 1 and number 3 cars. Luckily, drivers Allan McNish and Mike Rockenfeller came away from their respective crashes unharmed.