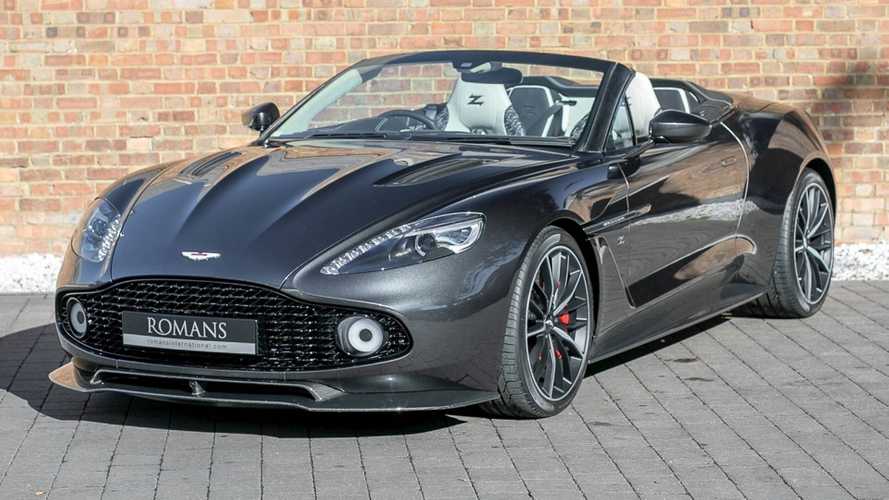 But it’s not really "expensive."

All Aston Martins are special, but one that has recently appeared for sale in the UK is extra special. This Vanquish Zagato Volante is the car in question. It ticks all the boxes: Aston Martin? Check. Vanquish? Check. Drop-top? Check. Fettled by Italian styling house Zagato? Well that’s just a bonus.

Check out these Aston Martin Zagatos:

Of course, not every car that Zagato has breathed on has been a looker, but this one absolutely is, so we can forgive the odd few.

The car is easy on the eye, but the price tag? Absolutely not. While a "regular" Aston Martin Vanquish Volante cost about $280,000 when it was around, this one is currently being advertised for £642,000 (approximately $847,000 at the current rates), so it is a bit on the pricey side.

Funnily enough though, that price isn’t a lot. Bear with me…

Earlier this year a similar car, but in red, was advertised for £1.13 million ($1.48 million), which is almost double the car’s list price. With that in mind, this grey example isn’t too far off the car’s original asking price.

High-end car dealer Romans International is listing the car, which has driven just 259 miles (417 kilometers) – it’s practically brand new. The exterior is finished in Ceramic Grey, with black and silver wheels, a grey fabric roof, and red brake callipers; while the interior is trimmed in Obsidian Black and Cream Truffle leather.

While the exterior isn’t like a run-of the mill Aston, the powertrain is – and that’s not a bad thing by any means. Under the hood is the same Ford-derived 6.0-liter V12 found in most 21st century Aston Martins. The engine is good for 592 horsepower in this car, which helps it reach 60 mph (96 kph) in just 3.7 seconds.

Just 99 Vanquish Zagato Volantes were built, along with 99 coupes and 99 shooting brakes, making it an incredibly rare car. £642,000? Maybe it’s not that bad after all.