Vanderhall has a new, three-wheeled machine on the way called the Carmel. The trike maker considers this the more luxury-oriented vehicle in its range due to amenities like doors, and prices start at $39,950.

Where previous Vanderhall’s use a 1.4-liter turbocharged four-cylinder, the firm lists the Carmel with a 1.5-liter powerplant. The extra 100cc doesn’t make much of a difference because the company shows the output at 200 horsepower (149 kilowatts) and 203 pound-feet (275 Newton-meters) instead of 200 hp and 200 lb-ft (271 Nm) from the slightly smaller mill. The Carmel’s engine hooks up to a six-speed automatic. Other driving aids include electric power steering, dual-servo brakes with ABS, and traction control.

Vanderhall makes the most out of three wheels: 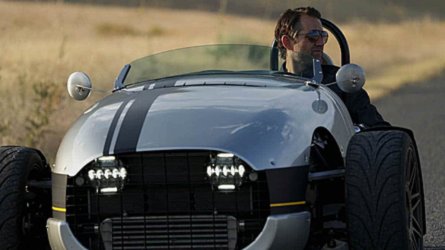 Venice Speedster Is An Affordable Vanderhall But It Has A Problem 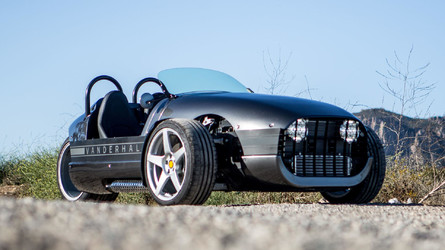 Despite the minimalist use of just two seats and three wheels, Vanderhall packs some comfortable amenities into the Carmel. The cabin is wider than the company’s other vehicles, too. Standard features include a heater, which might be a welcome during chilly, autumn drives. There are also heated seats, a Bluetooth-equipped sound system, and wooden steering wheel. If this isn’t enough for buyers, they can also add optional air conditioning and what Vanderhall calls a “removable canvas cap shade.” This is likely akin to the roof available on the Polaris Slingshot that covers occupants’ heads but still leaves the sides of the vehicle open.

Vanderhall is taking $1,000 online deposits for the Carmel now. The company says that deliveries start in 2019.