Buy This Corner Carving Mustang, Help A Charity Of Your Choice 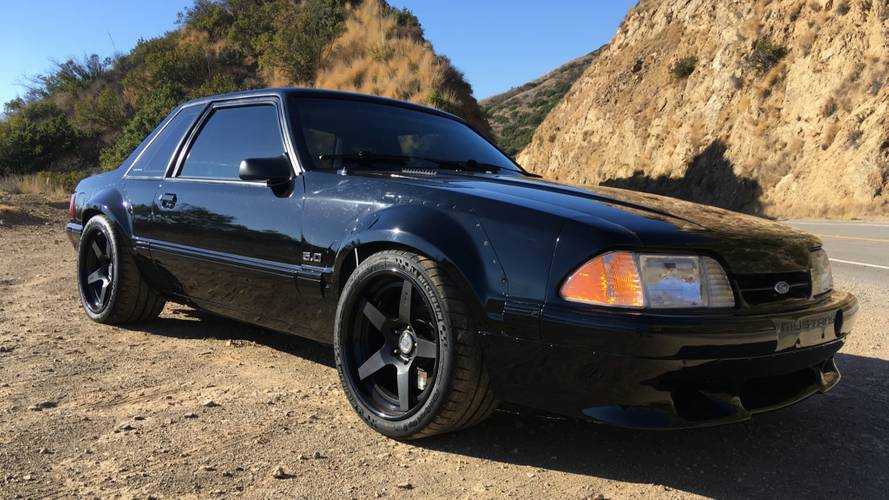 Matt Farah from The Smoking Tire built this Fox Body to turn, and now it's for sale.

Here in America you can literally buy an older souped-up Ford Mustang in every town. You probably won’t find one like this, however, and we aren’t just talking about the widebody fenders or the semi-celebrity connection with Matt Farah of The Smoking Tire fame. If you follow Farah you know the details of this notchback 1988 Fox Body Mustang, from the mildly powerful 5.0-liter V8 under the hood to the – wait for it –  independent rear suspension at the back. IRS? Yes, this Mustang can turn corners, and it’s for sale right now at Bring A Trailer.

That alone makes this a very rare Mustang, which didn’t get an IRS upgrade from the factory until 1999 and even then, it was only offered on the SVT Cobra. Furthermore, the vast majority of Fox Body Mustang project cars focus on straight-line power for drag racing, but not this one. In addition to the IRS, there’s a revamped front suspension with added chassis reinforcement underneath, and it’s balanced to a near 50/50 weight distribution. Mind you, this is a 1988 Ford Mustang we’re talking about here.

Bring A Trailer has the whole list of work done to this car and a gaggle of photos in its auction listing, which still has six days to go as of this writing. We only touched on the basics, but obviously it wears custom widebody fenders to cover big tires and massive brakes, packs a full roll cage, and yes, it is street legal. There’s no specific reason listed for why Farah is selling this corner-carving ‘Stang, but that leads us to what really makes this car special: 50 percent of the proceeds from the sale will go to whatever charity the buyer chooses. If the progress of the auction thus far is any indication, that could be a sizable donation.

With six days still to go the current bid price is $65,000. We aren’t sure how much was spent on this build, but that number probably covers it with change to spare, and with so much time left to go, it may even top six figures. Could we list ourselves as a charity? Probably not, but it’s nice to see a legitimately creative build getting some love, all while helping a good cause.