If it were real, this dump truck would pack the same turbine engine as the next generation of Boeing 777 jets.

As an adult, seeing a dump truck at work immediately recalls being a little kid in a sandbox and hauling loads of rocks and plastic army men in the back of a yellow Tonka truck. Designer Artyom Trofimenko apparently has similar memories because his rendering of a fictional Volvo Trucks 300E dump truck looks like the grown-up version of the playground classic.

Trofimenko imagines this angular machine as being the largest dump truck in the Volvo Trucks lineup and capable of carrying a ludicrous 300 tons. To handle hauling so much weight, the 300E would have a General Electric GE9X turbine engine. Certain versions of this powerplant produce up to 105,000 lb-feet (142,361 Newton-meters) of thrust. It doesn’t generally power massive trucks, though, because this mill motivates the upcoming Boeing 777X family of jets.

See what Volvo Trucks real-world rigs can do: 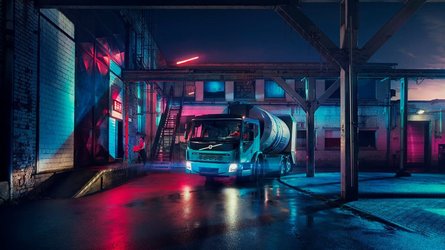 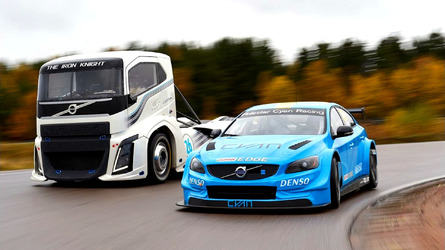 Massive dump trucks like this generally work in mining operations and rock quarries for carrying away loads on unwanted material out of the pit. These demands necessitate a vehicle capable of working long hours under heavy stress. Therefore, the 300E's design is all about utility. There's a tiny area for the driver that requires climbing a ladder up the grille to access. Massive cylindrical tanks on each side of the truck carry the significant amount fuel that's necessary to keep such a huge vehicle like this working. The rest of the rig is specifically for the job of hauling a whole lot of stuff.

Trofimenko created this design in just a week as a way to hone his skills. For such a short development time, the rendering is some very impressive work.