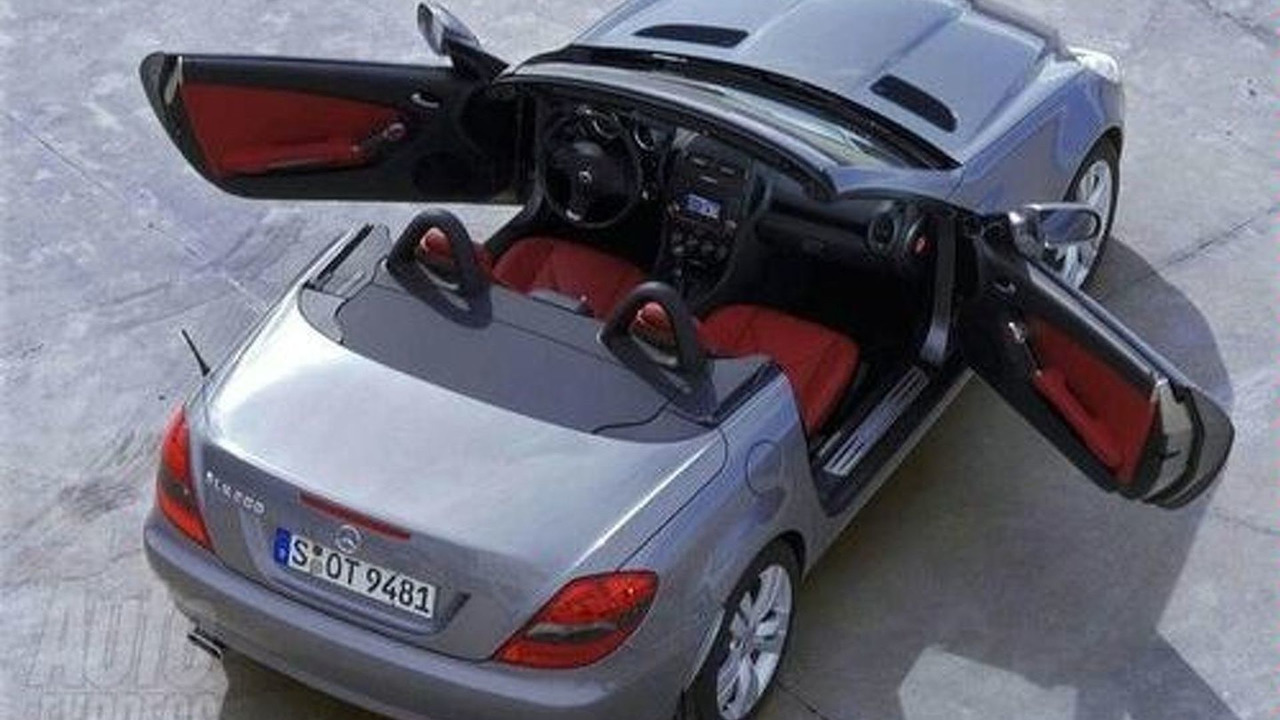 Could these possibly be pictures of the 2008 Mercedes-Benz SLK facelift? The hunch at WCF is a resounding "Yes!" but who dropped the ball?

Could these possibly be pictures of the 2008 Mercedes-Benz SLK facelift?  The hunch at WCF is a resounding "Yes!" but who dropped the ball?

Autoexpress published the images, then quickly took them down.  Maybe they were asked politely by the good folks in Stuttgart to take the story down.  Or perhaps the leak is an orchestrated viral campaign by Mercedes-Benz.

And we may possibly be overanalyzing the situation, like we overanalyze Trivial Pursuit questions.

Either way, Carscoop was able to snare the pics before Autoexpress took the page down.  Notice the Formula One-style nose similar to the F1 cars produced by the company.  The front is more refined than the last model, with the lower end carved into two distinct sections meeting in the middle, as opposed to the tri-sectional lower end of the current SLK.  This effect gives the car a more symmetrical look, integrating each of the meshed front air intake sections.  The rear bumper looks a little more bulbous, while the trunk line is more defined.

The all-red leather seats with a crossing pattern on the cushion and matching trim gives the new SLK a nice touch.  Using dark toned wood for dashboard inserts and the steering wheel would look nice with the beige or black-and-ash leather, but it somewhat clashes with the red leather seats.  Another slight modification to the interior is the separation of pieces in the center console, which now comes together in front of the parking brake, as opposed to behind the brake.

Whatever the truth is about the nature of the photographs, we hope to find out more before the 2008 Mercedes-Benz SLK takes its bow at the Geneva Auto Show next February.  As soon as we hear more, we will let you know.