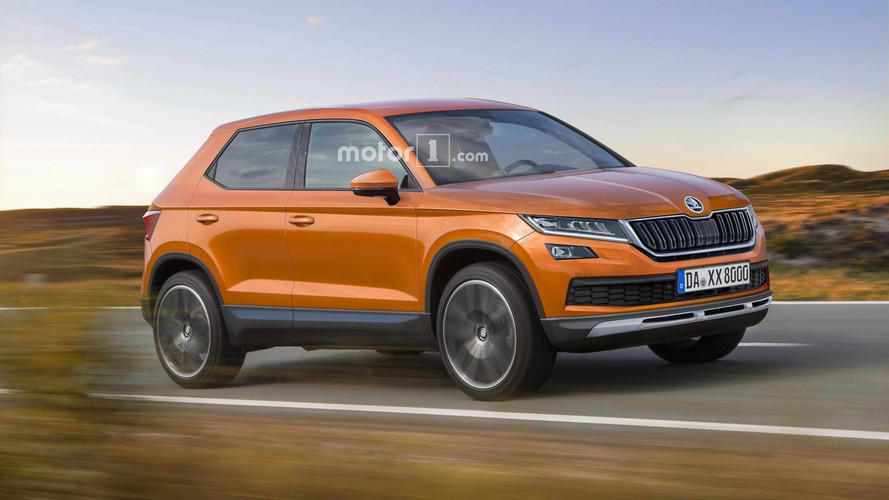 Slotting below the Karoq, but bigger than the VW T-Roc.

Skoda’s model offensive will continue with what could become the brand’s bestseller. AutoExpress reports the Czech manufacturer will introduce a brand new small SUV within the next 12 months, which will be positioned below the current Kodiaq and Karoq SUVs.

Riding on Volkswagen Group’s MQB A0 platform, it will be the largest model in its segment and will offer more interior space even than the Volkswagen T-Roc, which competes in a segment above. Those of you who know more about Skoda’s philosophy know that this is not something new for the automaker.

“We always position our cars at the upper end of the segment, so we have a longer wheelbase, have a bigger boot and more space in the interior,” Skoda CEO Bernhard Maier confirmed to the British magazine during the Paris Motor Show earlier this year. “This is a segment which opened up a couple of years ago, and as we want to take part and have a piece of the cake, this car fits perfectly.”

AutoExpress also claims the new baby SUV won’t get an all-wheel drive in order to keep the final cost as low as possible. Power will come from VW Group’s familiar three-cylinder engines as base offerings and the four-cylinder 1.5-liter TSI gasoline and 1.6-liter TDI diesel units. A choice of manual and dual-clutch automatic gearboxes should be available. Simply put, Skoda will follow the simple recipe of selling a good all-rounder with proven engines and nothing too fancy.

“The car is following the needs of our customers. You have all the advantages of a big body, higher seating and more space, while not spending too much on the drivetrain, such as four-wheel drive,” Maier adds.

When will we see it? It’s probably safe to assume a debut should happen before the end of next year, but after the premiere of the next generation Skoda Rapid.